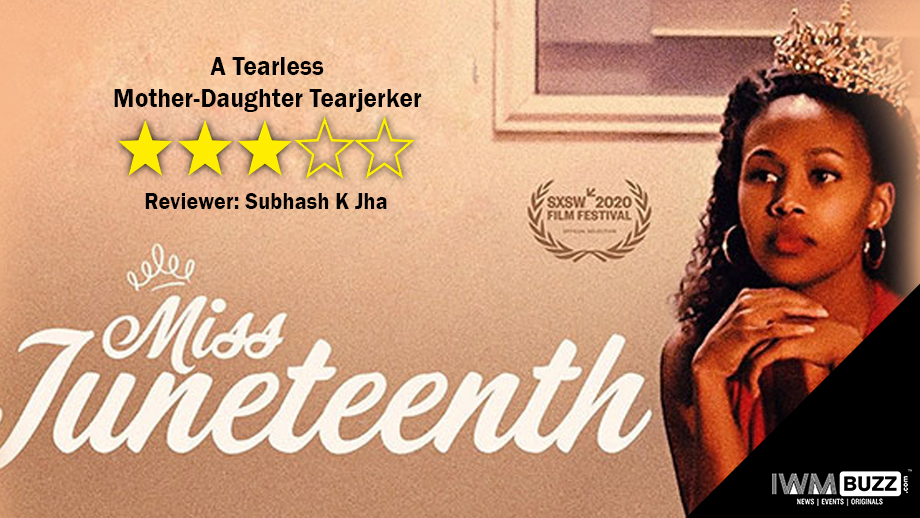 Sometimes in life, one has to lose in order to feel like a winner. The entire buildup of this deeply stirring highly emotional yet dry-eyed mellow-drama is towards a beauty pageant where a mother who won a local crown could do nothing with the temporal fame it brought her. She now hopes her daughter would be able to make a name for herself by winning the same crown.

The crux of the drama, so beautifully weaving in and out of scenes that seem to be written with the delicate but sure hands of a baker trying a tough recipe is the mother-daughter relationship. And here is where director Channing Godfrey Peoples triumphs. By casting Nicole Beharie as the mother and Alexis Chikaeze as the daughter, the film is a winner on the scripting table.

The two Black American women are beautiful vulnerable tough and eminently fragile, all at once. I did have an initial problem with the age factor. At first Beharie looks too young to be a grownup teen’s daughter. But then the relationship is so real and tangible, you forget about the age and become unconditionally invested in the muted rage and unsmothered hope that fills up the lives of these two women who live on the wrong side of the American Dream. But hey, No complaints!

Miss Junteenth is not a film about the centuries of suffering borne by the Black community, Hell, life is tough for Turquoise and her daughter Kai. But when is it ever easy for a single mother struggling to give her daughter a better life than she has had? From Imitation Of Life in 1959 to Mamta in 1966 to Mom in 2018, mother-daughter films convey a special warmth and intimacy missing in other generic genres of cinema.

Miss Juneteenth both embraces and circumvents the tropes of the genre. While the mother-daughter relationship is big in emotions, the film doesn’t waste time in tears. There is so much work to do. So many dreams to be fulfilled. And this film doesn’t want to waste a single moment in feeling sorry for its heroine. The crown must be worn and borne, thorns and all.

AlsoRead:Review Of The Old Guard: More Fun Than Any Recent Super-Hero Film