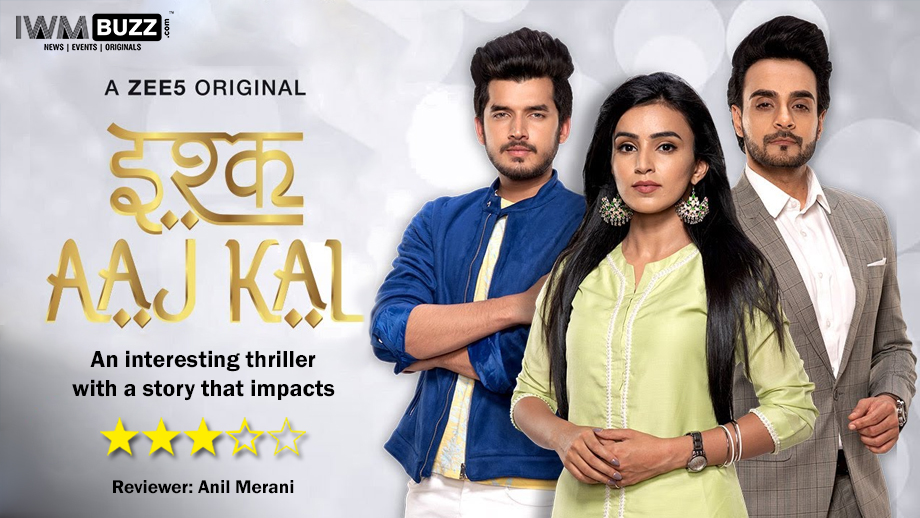 Ishq Aaj Kal has to be the one-of-its-kind series as it is the first ever web spin-off of an ongoing television show.

And the connect between web and the small screen provided here indeed heightened our curiosity levels.

However when I first heard that popular Zee TV Muslim social, Ishq Subhan Allah, was going to have a web spinoff (Ishq Aaj Kal), I was wondering how the twain would meet, as the former follows the traditional TV template, while the latter necessarily has to be bold.

And when I saw the series last night, the series indeed proved to be an interesting watch. However, the connect with Ishq Subhan Allah’s core Lucknow-based story lies only in the thin thread of the protagonist here being the cousin sister of Ishq Subhan Allah’s Kabir aka Adnan Khan. Guess the makers’ (Creative Eye) main aim here was to cash in on the fame of Zara (Eisha Singh) and Kabir (Adnan Khan).

Frankly speaking, it took me a while to make sense of the constant time jumps, right from the first episode. Having said this, it seems to be a part of the new thriller storytelling format, where time leaps are made to create shock value. But they do leave the viewer baffled. The non-linear story has been handled really well, I must say!!

Without any more talk, lets deep-dive into the plot.

Kabir‘s cousin (Shahbaz Ali’s brother’s daughter) Alia’s (Ankita Sharma) dad was sentenced to death for murdering his wife. Alia wants to know why. Then there is Faraz (Paras Kalnawat), whose father was suspected to have had an affair with Alia’s deceased mom. Faraz does not believe that his abbu could do wrong. Then there is Munmum (Roshmi Banik), who is also battling past demons.

All the three land up in a Manali resort as hotel interns, which is partly owned by Naaz (Kavita Ghai), who was the pre-marriage lover of Alia’s dad. They also had a love child, Amaria (Shagun Jaiswal), who too joins the above interns.

The hotel’s day to day management is handled by Naaz’s nephew, Arshad (Angad Hasija), who is a stickler for discipline. But he too has an alcoholic mother who brings a lot of grief to him and his dad, Javed (Rajesh Khera).

At first Amaira does not like Alia. But later they patch up, as the latter saves her from an embarrassing moment.

Both Alia and Faraz impress Arshad with their work i.e. protecting the hotel’s reputation from a guest who tries to wriggle out from paying her bill by claiming glass shards in the food. The former also saves a guest’s life who tries to commit suicide on learning of her husband’s adultery (common theme of the show).

Interestingly, Faraz kisses Alia, whom he likes, without her permission. But she does not take action. Does this not give out a wrong signal that sexual misconduct is ok?

Faraz has an agenda to destroy Arshad’s clean reputation. No wonder he leaks the news of his mother again going into rehab. He furthur goes to the extent of getting himself involved in a false rape charge. As he is proved innocent, he wins Arshad’s trust, which he will use to get his above agenda.

In the meantime, Amaira, who digs Arshad, gets jealous of Alia as the latter does better than her (jungle party assignment). So she seduces Arshad, but the latter goes back to Alia even after sleeping with her.

Munmun is being blackmailed to courier drugs by the same person who holds the key to Alia’s query about her dad. He also wants Alia to do some work for her. He offers her money and when she still refuses, threatens to get physical with her (the use of imagery to get the meaning across without saying it in so many words was interesting).

This is the story so far. Why don’t you watch all 8 episodes and let us know what you feel.

The pace is fast and edgy. Unlike Ishq Subhan Allah, this story is very secular, concerning everyday youth (with talk of booze, sex and swearing); just the characters are Muslim. There was one incident though, with Arshad not happy with handling a Muslim-Christian marriage. Normally, businessmen keep faith and dhanda apart. But yes, he was supposed to be kattar (rigid).

Angad does a good job as Faraz, and it was interesting to see him in full clothes as he has the propensity to drop his shirt, and yes, sometimes his pants as well.

Ankita is doing justice to hum-speaking Alia. But the writer should have explained in detail the change in her from a demure head-covering Muslim girl, to someone who is ready to march into the world.

Paras is swell as the guy who only wants revenge and will do what it takes.

I was more impressed by Shagun as a negative character. She got my attention, under-playing and over-playing as required.

Last but not the least, Roshmi Banik’s character does not really have much depth.

Adnan and Eisha make fleeting appearances and don’t have much in taking the story forward. They are used to make the link, as mentioned. Vinay Jain’s character might still have a role to play.

Hope Rajesh Khera gets some meat in Season 2, as he was hardly seen in Season 1.

Creative Eye helmed by Dheeraj Kumar has indeed created a strong and appealing series here, this being the production house’s first in the digital world.

The best part however is that Ishq Aaj Kal is not a sex and abuse fest. It has a strong storyline, which makes for good viewing. There was just one lovemaking scene, which was shot well.

We at IWMBuzz.com credit Ishq Aaj Kal with 3 out of 5 stars. 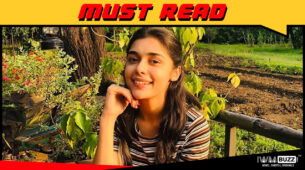