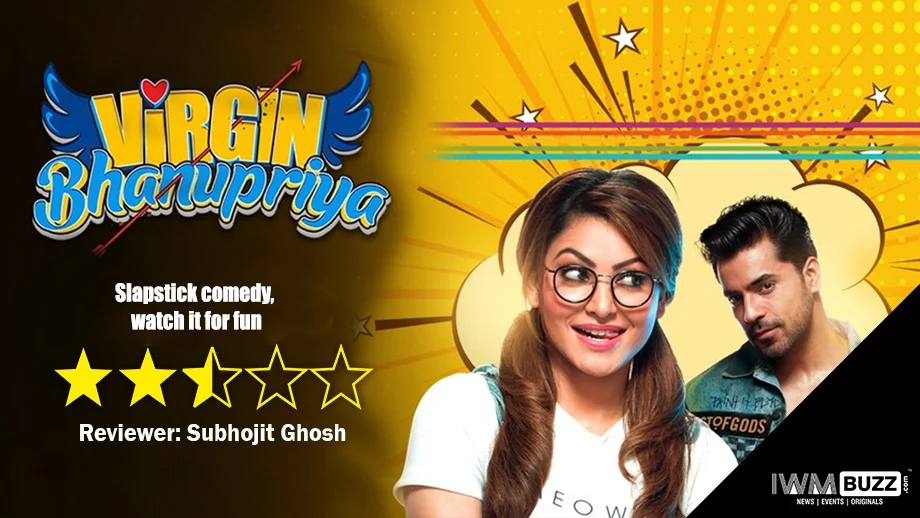 ‘Virgin’. There’s a certain sense of stigma and taboo that has been eternally attached to this word since time immemorial. But the bigger question is, is it actually that big a deal? Well, although you or me might feel it’s not but the reality is something different. Even today, in various strata of Indian society, there’s a sense of shame attached to words like ‘virgin’ and ‘sex’ which is why India’s knowledge about sex education is so poor. One gets bullied if he or she is a virgin and at the same time one gets shamed if he or she openly admits that he’s not. So what’s really the solution? It is probably the quench to find the solution to this eternal problem, director Ajay Lohan decided to come with this experiment titled ‘Virgin Bhanupriya’.

The film deals with a tried& tested subject where a teenage young geek girl protects her body and virginity for the ‘right person’ and the ‘right moment’ and eventually that ‘right moment’ never really appears. Usually, that entire journey of finding the right person is downright hilarious, however. Urvashi, though great in parts, stumbles many a time to maintain the balance of the plot.

The movie sees Bhanupriya (Urvashi Rautela) as a geeky, nerdy girl who has innumerable accolades to her credit with respect to her academics but has been rather challenged in her personal and sexual life. Naturally, as she grows up, her urge to bite the forbidden apple increases, leading to multiple ‘comedy of errors’. Archana Puran Singh as the mother acts her bit. Bhanupriya has a bestie in Rukul (Rumana Molla), a guiding force, especially when it comes to her sex life. Rukul is one lady who’s full of herself and never shies away from sharing her sexual encounters and scores with her men.

Bhanupriya finally meets his ‘Prince charming shining with a white armor’ in the form of Abhimanyu (Gautam Gulati). Abhimanyu has quite an image of a womanizer and once again, it’s a typical narrative that concludes with a young and innocent girl ignoring all the nice men around herself to fall for the baddie.

So what exactly is different about Virgin Bhanupriya that stands out? The core message portrayed in fun banter rates well with an average viewer. What could have been better is the romantic chemistry between Urvashi and Gautam. The fire seemed to be missing. The story at times takes a melodramatic turn.

Individually, performances save the wobbly script. Urvashi, Gautam, Rumana and Archana do justice to the screenplay. The slapstick comedy is a fun watch, you can enjoy it during the lockdown.