The intense telling of a tale of passion, sleaze and murder, a tale so sensational that it’ll leave viewers dumbfounded at the extent and audacity of the conspiracy 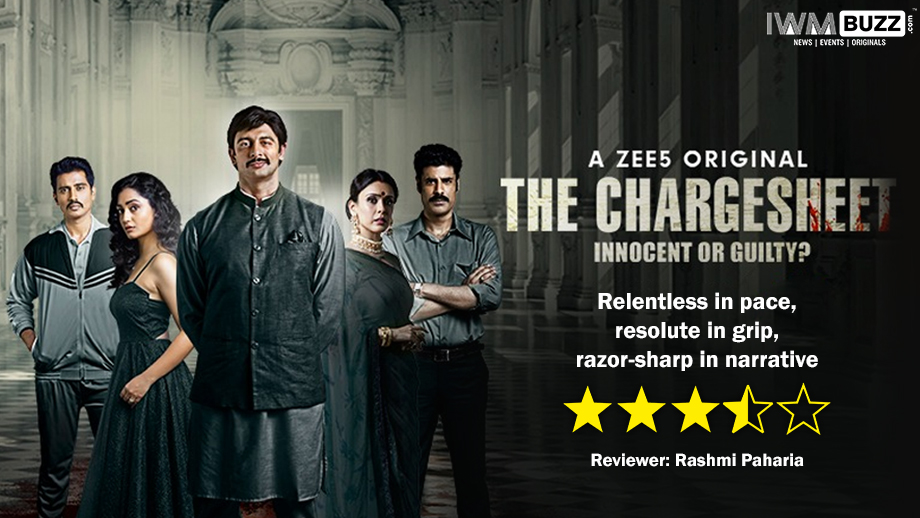 Circa 1988. Qayamat Se Qayamat Tak was a runaway hit, and its melodious songs rent the air at every panwalla’s shop in every nook in the country. The same year, a young badminton star, the best India had at that time, was shot dead in a well-planned and executed murder. The nation was aghast. Newspaper headlines screamed nothing else; and common people mourned the death of a sports star that had risen from poverty to capture the imagination of the world.

CBI investigations that followed in the months after the murder, revealed facts that were so sensational that they made the earlier shocking news of the murder seem like the routine weather telecast that followed Doordarshan’s main news telecast in those days.

A few days later, the widow of the badminton star and his close friend–a powerful politician–were taken into custody on charges of plotting and executing the murder of the national sports hero. The reason of course was as old as the hills – an extramarital affair between the two accused, and they wanting to get rid of the only thorn in their side.

ZEE5’s latest web series The Chargesheet is well and truly based on that sensational case of the year that QSQT released. The platform may deny it till it goes blue in the face, but heck, the plot, screenplay, treatment, characterizations – even the QSQT songs playing in the background – are all marshalled to make the similarities between the real-life and reel-life account stick out like a giraffe in the lush green grass of the Savannahs.
Well played, guys – making the narrative as real and close to the truth as possible, but pleading innocence by stating at every apt instance – “the series is not inspired from true events and any resemblance to any persons…..blah, blah, blah….”.

Ok, so we get the picture. The show, by the way, is produced by Roshan Kanal and Ashoke Pandit of Daytee Pictures Pvt. Ltd.

There…now that that’s established, let’s get down to the nitty gritties of the show. As sensational as that case was, not many in today’s time and age know much about it. It’s as if the memory of that murder, and that young extinguished life, has been relegated to the ashes in the history of the country. Presenting it in the form of an easily digestible whodunit, the content of choice for gen-next, is a masterstroke.

I’m sure many must have furiously Googled the shocking murder case after watching the series. I know I did, even though the memory of that murder and the sleazy facts that tumbled out of powerful, hallowed closets in its wake is as fresh in my mind as if it was just yesterday. Making a web series on it is a powerful way to bring the forgotten case back into public glare, even though it’s long closed, done and dusted.

Next, and even more significantly, The Chargesheet packs in all the drama and compelling urgency of the storyline into eight intense episodes. Not an iota of film has been wasted on useless trappings and trimmings or needless frills and froth, to sweeten up the storyline. The narrative gets straight to the point, and bluntly at that. Motives and machinations are established swiftly and starkly, thereby keeping audience interest at its peak. The telling of the tale is as taut and tense as a tightly-coiled spring, leaping at us at opportune moments, to leave us dumbfounded at the extent and audacity of the conspiracy.

Captain of the ship Shashant Shah has again recreated a very realistic Ram Jethmalani in Satish Kaushik’s characterisation, a la his earlier work, The Verdict: State vs. Nanavati. There too, the events had unfolded in a manner as close to the truth as possible, and it’s the same here. No glossing over or sugar-coating of facts for Mr Shah.

National TT star Shiraz Mallik is brutally murdered in Lucknow, within the first few minutes of the first episode. From thereon, the narrative unfolds in a non-linear fashion, oscillating elegantly between the past and the present, gradually revealing the sleaze and the shocking facts; the stakeholders; and the possible motives of those stakeholders. The needle of suspicion sways back and forth among the motley bunch of players, even as the CBI, led by Vidur Mehra, works hard to gather enough damning evidence to nail the real killers.

Wily Chief Minister Sanjeev Singh (Shakti Anand) is saddled with a reasonable and conspiratorial enough motive to get Shiraz murdered. Likewise, Antara’s mother Gayatri (Kishori Shahane) could have a crucial reason to get rid of the poor young guy. Ranvir’s wife Chitrangada (Hrishita Bhatt) too adds to the intrigue.

Antara and Ranvir, of course, have the most and strongest reason. The case plays out in a sharp courtroom drama. Besides the Ram Jethmalani-esque Satish Kaushik playing the defendants’ cunning lawyer, we have Ashwini Kalsekar playing advocate Abha Abhyankar, Public Prosecutor on the sensational case. The acting is above par, with all the actors having put in their best.

Writer Priyanka Ghatak has kept the narrative crisp and austere, but at the same time, meaty enough to give a juicy spin to the recount-worthy story. Shashant Shah has done as good a job as we expected from him, frequently surpassing our expectations even. The pace is never allowed to slacken, nor is there any let-up in the grip and suspense.

To put it succinctly, The Chargesheet is relentless in pace, resolute in grip, and razor-sharp in its narrative.
It is a must-watch in every way, especially if you want to be on fleek with the country’s realities.
In the meanwhile, 3.5/5 is our rating for The Chargesheet.