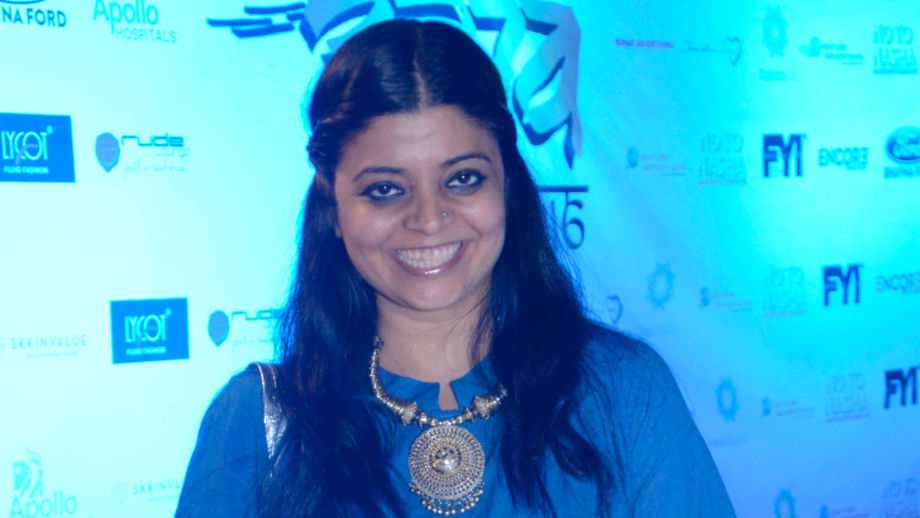 Dynamic and innovative producer Nivedita Basu is quite happy with the overall journey of her &TV show Ek Vivah Aisa Bhi (under her banner House of Originals), now off the airing grid.

“It was a good story and it lasted eight months, which is no mean task in today’s day and age, where shows shut down in quick time,” says the lovely lady.

Here, Nivi (as Nivedita is known in the industry) adds, “Production houses which have multiple shows on air don’t have major losses when their properties shut down in quick time as things even out.  The problem happens when you are a new producer. I was down after my high-budget debut show Meri Awaaz Hi Pehchaan (again on &TV) did not do well but luckily Zee network gave me one more show to  tide things over and this time my budgets were designed much lower. I have pitched concepts to other channels as well but a lot of time is being taken up in deliberation and research which is a drain,” says Nivi, who was earlier Creative Director with Balaji Telefilms and had played an important role in the making of some of the biggest shows on Indian television like Kyunki Saas Bhi Kabhi Bahu Thi, Kahaani Ghar Ghar Ki, Kasauti Zindagi Ki and Kyaa Hoga Nimmo Ka.

She is currently on a break from work and plans to return to the grind early next year: “This time I will focus more on digital as opposed to broadcast.” However, she will not follow the herd and make sex based shows just to win eye balls. “I want to make concepts like Breaking Bad and How to Get Away with Murder. I have already banked a few shows which I will pitch to various players over time.”

Here, she does accept that digital is still at its nascent stage, “It will take few years for this medium to come into its own.  And only those players who have deep pockets to stay in the race will survive.”

Furthermore, she also laments the Indian mentality which would not mind coughing up premium subscription fees for Netflix but will not pay for desi (indigenous) content. “There is a huge elder demographic which is not comfortable watching shows on phone.  You will need to price things very low and go up, same thing happened with cable. So for the moment you need give content free, paid App hardly has subscribers currently.  Some players have smartly found syndication as a way to make money on the web.”

During her career, Nivedita,  who has given break to many of TV’s current superstar, adds, “Today, younger lot of actors have smartly learnt to ride the online crest, they have managed to win millions of followers which they leverage to get better shows, sponsor and events.”

Coming back to the broadcast space, she says, “Content is going through a flux, no one knows what sells. Some rooted content is the new “in thing” .i.e. Star Bharat, where couple of shows have worked.  But this formula has also been done to death before, and it has always not clicked.  The biggest challenge for producers is to either please the channel or the viewer, who always don’t want the same thing.”

In closing, we ask her about Ekta Kapoor, with whom she shares a great personal and professional rapport.

“She alone has the power to do her own thing, it will take us time to reach her place.  You can’t grudge over her numero uno position for she has a great success ratio and she deserves it.”

On that note, we wish her a great career ahead.