Well, Aashika Bhatia is immensely beautiful, and, there's no surprise in that. So, let's take a look at all the people that she has dated over the past few years. Aashika Bhatia has a rich past. Both on and off the screen. She has made a big difference to the entire television series circuit. As she started influencing, inspiring youngsters from around the country with her performances at a very young age. Her great achievements as a star though, don’t overshadow her achievements away from the limelight.

She has pulled a lot of attention towards her in the past, off the screen. Through her relationships and her great fashion statements over the years. She has had several boyfriends over the year as young celebrities who grow up in the industry tend to do. Even though she isn’t in a relationship at this moment (not officially anyway), she has gotten into several relationships as a younger lady. Most notable out of them is Satvik Sankhyan. The young musician and composer, as per reports in the media. They’ve both apparently been with each other in the past and have shared a special bond together.

Well, stay tuned for more such fun snippets on your favorite celebs. 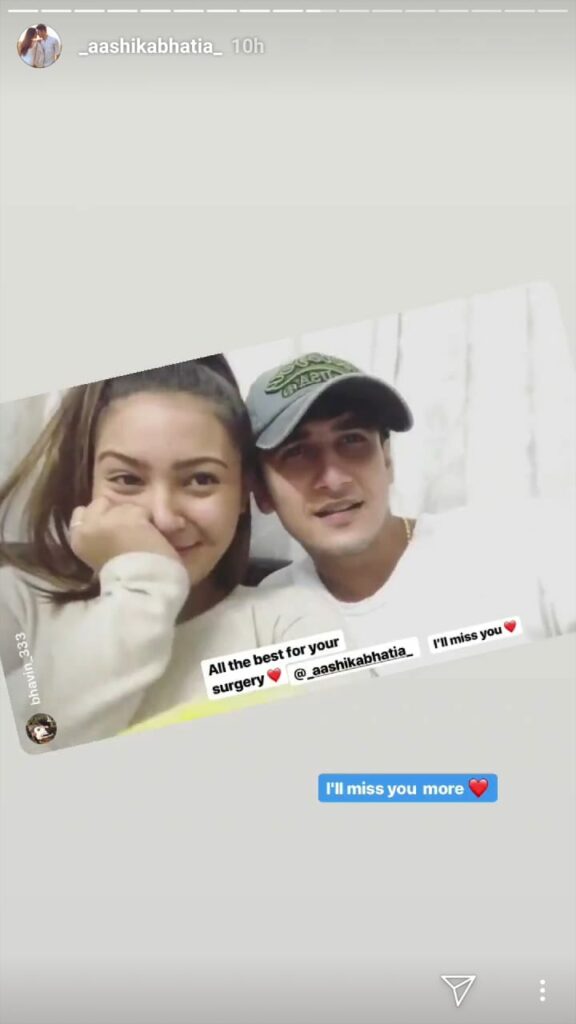 Aashika Bhatia in mood to celebrate

This is what ‘lovestruck’ Aashika Bhatia does late in the night?