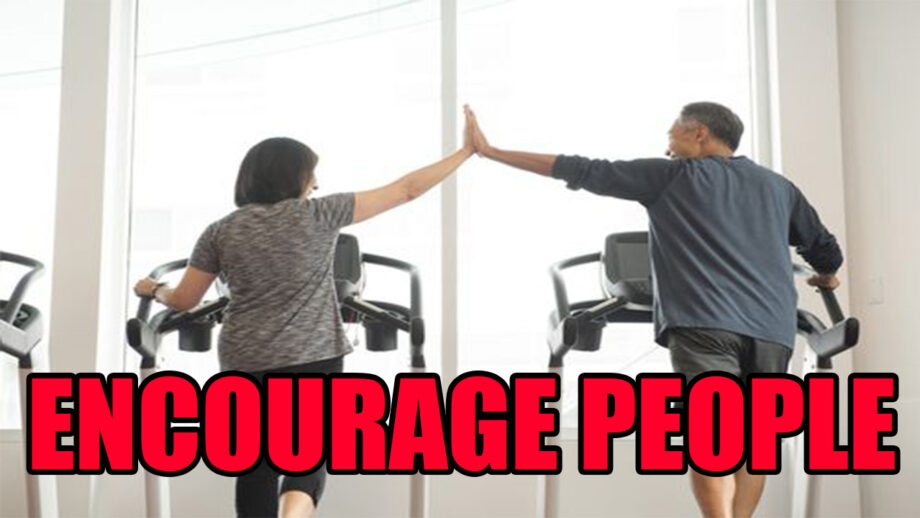 Are you concerned for a beloved one’s health or are you trying to influence people to adopt a healthier lifestyle and want them to start exercising but don’t know how to get them interested? Well, here are 5 ways you can encourage people to exercise.

1. Show the Benefits: People are influenced by words. If explained properly and shown the pros of exercising and the change it will bring to one’s lifestyle, one might give a thought to it and quite probably will adopt the practice.
2. Give company: Often people don’t exercise because of the boredom of doing it alone. If you want someone you know to exercise regularly, accompany that person to the exercise sessions and it might change their mind about exercising regularly.
3. Free and Healthy: Many times an individual wants to exercise in a suitable environment such as a gym or a workout club, but can’t afford the admission fees. Thus if you take an initiative to provide that individual with free vouchers or buy membership fro him or her as a gift it will be a great surprise for them and would really encourage them to exercise.
4. Rewards and penalties: If none of the above work, prepare a reward and penalty system for them. Urge them to start exercising and assure them a reward of their liking after successful and honest dedication towards exercising along with serious penalties which would stop them from giving up on exercising out of laziness.
5. Start small: If nothing works, start small; that is make them do activities that are similar to exercises, such as walking to a nearby destination instead of using a vehicle, using steps instead of an elevator or a lift. This will shape their mindset to exercise and then encourage them to seriously consider exercising daily, which they probably will do now.

Also  Read: Building Muscles And Strength Exercises To Try At Home With No Equipment