Take a look at the unseen sexy transformation of Sai Pallavi.

The superstar of the South film industry, Sai Pallavi is a fabulous actress and a dancer who works in Tamil, Telugu, and Malayalam films. She made her debut with Malayalam film Premam in 2015. The actress also completed her MBBS in 2016. She is a very talented and fabulous actor who is always stunning her fans with her amazing acting skills. The actress has come a long way in her profession and is achieving the heights of success in her career.

Check out some sexy unseen transformation pictures of Sai Pallavi and stay tuned to IWMBuzz.com.

Also Read: This Is The Secret Of Sai Pallavi’s Long Hair The Mind-Blowing Facts Of Sai Pallavi 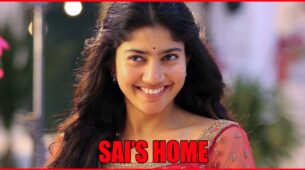