They were married for 40 years, till death, Rishi Kapoor’s death did they part. They had their ups and downs as a couple—who doesn’t? In fact there came a time in their marriage in 1997 when Neetu resolved to quit.

Ranbir during the making of his debut film Saawariya would talk about the heated all-night violent quarrels in the Kapoor residence while Ranbir and his sister Ridhima, then kids, would sit on the stairs all night, frightened and nervous listening to their parents scream at each other.

It all came to head one November in 1987 when Neetu called the cops. Apparently she complained about the domestic violence.

To his credit Rishi didn’t deny the violent quarrels with his wife. “Hota hai, yaar! Which marriage doesn’t have its ups and downs? Neetu and I have had our share of problems. But it’s in the past now.”

It can be said with absolute certainty that the last ten years of his life Rishi was completely dependent on his wife for taking care of his every need.

So much so that the affable Neetu once told me in an interview, “He can’t do without me for even a minute. When I go for my weekly movies with friends he calls me constantly. That’s why I don’t act in movies any longer. He never stopped me. But even if I were away shooting he wouldn’t be able to take it. He can’t be in the house without me. Since Rishi and I grew up together and sort of merged into marriage I don’t mind his dependence on me.”

Neetu Kapoor had never known any love for a man beside one. It is the literal truth that she fell in love with Rishi Kapoor and there was no other relationship in her life before or after that.

Rishi and Neetu met for the first time when they were signed together for Zehreela Insaan. The producers wanted to repeat the Bobby pair. But Dimple had decided to quit after Bobby, and there was no other established heroine at that time who looked compatible on-screen with Rishi. Hence the time they, Neetu and Rishi, needed to spend together was amply taken care of by the number of films they signed.

It wasn’t love at first sight, though. Neetu found Rishi to be unbearably obnoxious to begin with. He would rile and tease her endlessly, comment on her clothes and makeup, pull her hair, tease her with silly riddles. They were like two kids who loved to hate each other. By the time they did Kabhi Kabhie together in 1975 she knew she wanted to marry only this man. It took Rishi longer to come to terms with the inevitability of their lifelong togetherness.

The couple got married in 1980. The two had a stormy but durable marriage that lasted for four decades. Neetu was never asked to quit her career after marriage. She didn’t have to. There was no room for a career when married to a man as demanding possessive and singlemindedly in love as Rishi Kapoor. 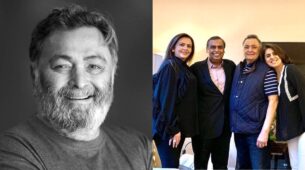 WOW: Neetu Kapoor has a special message for the Ambani family after Rishi Kapoor's demise 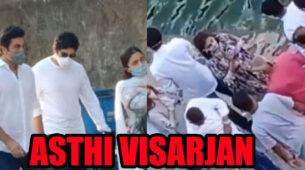 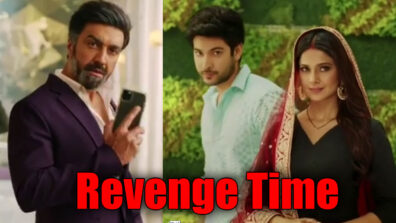 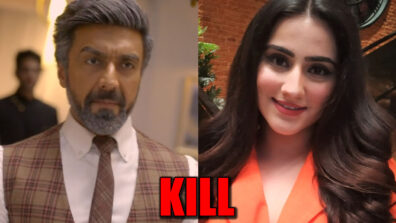