Check out the moments when Sir Jadeja didn’t step back to show off his excellent fielding skills during the matches!

The Indian professional cricketer Ravindrasinh Anirudhsinh Jadeja, popularly known by the name, ‘Sir Jadeja’ has done wonders. He is a great all-rounder cricketer who has mastered all the spheres of cricket from batting to fielding. Jadeja has been seen batting in the middle order with his right hands. He is a great bowler too. But, other than these two, what he is skilled at is fielding. He made everyone proud, including his family, team, and nation, since his first test debut in 2012. Sir Jadeja is an amazing catcher.

Also read: Take A Look At The Iconic Sword Action From Sir Jadeja

Sir Jadeja has mastered the art of fielding. His squad can always rely on him for catching a ball. He has also shown off his fielding skills in the field too. Undoubtedly, he is one of the finest fielders of the Indian squad of all time. His reflexes are very sharp and also save the runs for the team easily. There have been many instances too when Ravindra Jadeja won several hearts of his fans with his fielding. There have been many such incredible moments too. It was the 2014 Test series match against New Zealand, in Auckland.

McCullum, the New Zealand skipper never shot the ball delivered by Ishant Sharma towards the boundaries, but it was Jadeja who caught the ball. But it wasn’t an easy one. When he realized that he was going to cross the boundaries, he tossed the ball in the air with his left hand and moved back to the interior to catch the ball again.

There have been many more instances when he showed off his skills even in the match against Pakistan, 2017 Champions Trophy, in Edgbaston. Have a look at these videos from those remarkable moments! 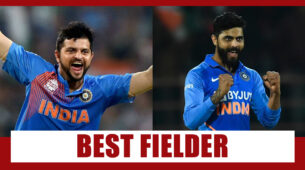 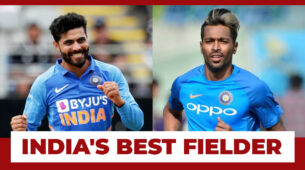 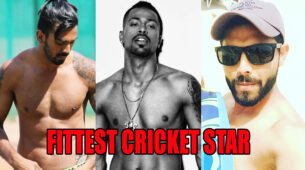 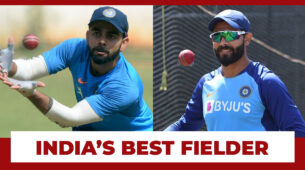 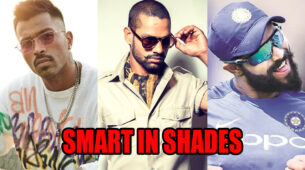 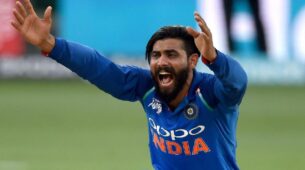