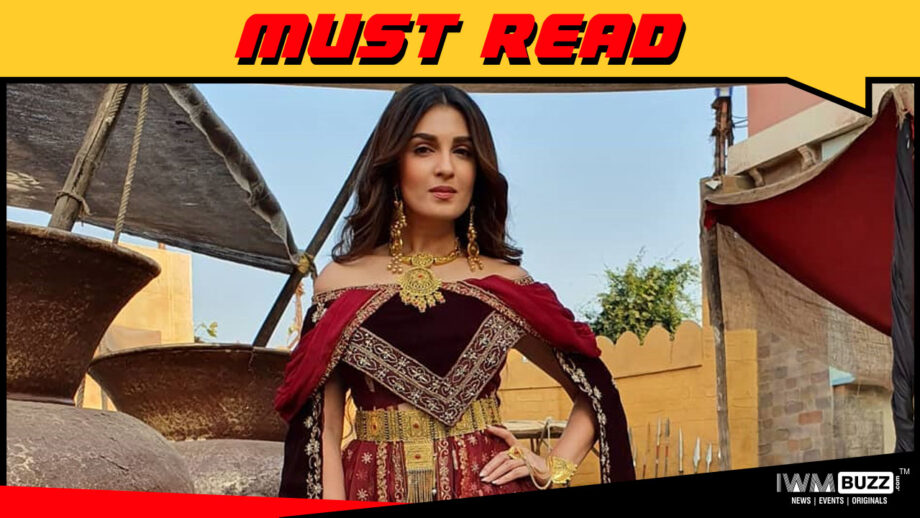 In conversation with IWMBuzz.com, Shiny spoke about her journey with television and new show Alif Laila on Dangal TV.

How has the experience been with the show?

My overall experience so far has been wonderful, considering that this is my first fantasy show. I was initially called to audition for another show on Dangal TV, but ended up bagging the lead role in ‘Alif Laila’. I have done daily soaps and mythology-based shows, but this was something that excited me. I am playing the character of Seher, which is a proper character. Apart from playing Seher, every time I get into another story with the king, there are new characters that come in and there is a lot of excitement. Every day, I get to learn something new-onset.

What made you say yes to the show?

Did you take up any special preparations for the role?

Honestly, I never got time to prepare myself for this show. I had just come back from a vacation in January and as I landed in India I got a call from ‘Triangle films’ that we are coming up with a show and as I said earlier, I was auditioning for another show. The audition for ‘Alif Laila’ was happening on the same set. Destiny had other plans for me and while that show did not work out, Alif Laila worked out for me. As soon as I bagged the role, I had to immediately go through all the look tests and start the shoot. However, when I received the script, I made up the character in my mind and even planned on how to act for my character. That’s how I prepared myself.

What has been the turning point in your career?

Who has been the biggest support system in your journey?

My mother has been my biggest support system because she was the one who brought me to Mumbai 12 years back. That’s how my first show happened to me and I would want to give it to my mother because she is the one who stood like a rock with me. She was there to push me, every time. I was a kid when I first started acting and I was very scared to go on set and shoot all alone. So she used to be there with me on set for almost 12 hours till I finished my shoot every day. I owe it all to her.

Which has been the best role in your career?

I have enjoyed every character that I have played on-screen till now. But I feel that the way I have been shooting for ‘Alif Laila’, people have been loving my character and the way we all are working as a team is commendable. I feel that after my first show, ‘Alif Laila’ is one show that will be very close to my heart because this show is giving me a lot of variations to play.

My first show was close to me because I did not know much and I was a very raw person in the industry who did not even know how to face a camera. It was a new thing for me.

But I am enjoying playing the lead in ‘Alif Laila’. Every new story gives you that push and that spark. I recently played ‘Safina’ in the beauty and the beast story. She comes from a very poor background but she goes on to meet the beast who then becomes a king. I had worked very hard for ‘Safina’s’ character. I sat with my director, I worked on my body language, my diction and even my dialogue deliveries. I made sure my character comes across as innocently as possible because there has to be a variation as compared to that of Seher’s, which is the consistent character. Seher is my real and consistent character, while we have variations with changing stories and different characters. With every new character you have to bring in variations, you have to look different, change how you act, catch the graph of the character and that changes the ball game. It even brings in a lot of excitement. That’s the reason why Alif Laila is very close to me.

Thank you so much for all the love that you shower on me. I read everyone’s messages and they have been loving Alif Laila and Seher’s character and all other characters that I have played in other stories. So, I would like to thank you all, from the bottom of my heart for giving me strength and boosting me up. Thank you for always giving me that kick, to start something new in my life.