Eliminated Wild Card contestant Tehseen Poonawalla gets into a conversation about his opinion on the contestants in Bigg Boss house. Says Tehseen, “Agreed generally Shukla is aggressive but in the fracas with Asim during Shenaaz Gill ki shaadi task , he was not in the wrong. It was Asim who provoked him first by pushing.”

“Also when Sana wanted apples, why was Asim cutting other fruits, when the job of the task was to fulfil all the wishes of the bride.”

“Asim is and always has been a bully. He had tried the same stunt on me, but since I stood up to him , he pulled back. He is just like other bullies who torments the weak one, but he picked the wrong guy. When I don’t get scared of Government, so why him?”

Tehseen feels that if even Asim and Shukla split is for good, we can’t say it is for long, as they still might patch up . It really wont affect the former for he always plays his own game. If others join him least he chugs on. Shukla had told me about his solo sojourn as well.”

“Asim would be the biggest loser, for he was piggy backing on Sidharth for so long. So he will get left out,” adds this dude from Pune.

“I also found Asim as the most unhygienic guy around, putting his fingers in the sugar bowl which led to our fight.”

In closing when asked to talk about other wildcard inmates who entered along with him he says “Arhaan Khan is a nice guy who played well. The return of Rashami Desai and Devoleena Bhattacharjee has brought back strong equations. I hope Khesari is seen more,” he states as he signs off. 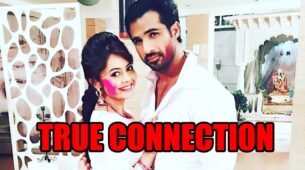