Battalion 609 is different in the sense that we fuse cricket with battle: Shoaib Ibrahim
Subscribe Now
Television | Celebrities

Shoaib Ibrahim who will debut on the big screen with Battalion 609 talks about his movie and much more. Will Shoaib Ibrahim break the recent glut of TV stars failing to move to films?

Well, this good looking dude who was first noticed with Sasural Simar Ka as the first Prem is now the lead face of the new war movie Battalion 609 which will release on the 11 January. Interestingly the same Friday also marks the release of the much-awaited surgical strike film Uri which might again decide of fate of another TV star Mohit Raina, who had moved to TV after failing to impress one and all with ‎Don Muthu Swami a decade back.

Shoaib who is now seen in Ishq Mein Marjawan on TV, does not feel that TV actors are given lesser importance in films. “It all boils down to how you are able transform yourself on the big screen where you have to be larger than life.”

Will Battalion 609 be able to hold on in the presence of Uri? “Well as our director said, this year has been the year of the underdog. I am sure we will be the first smaller film to hit pay dirt in 2019. Also our war film is different in the sense that we fuse cricket with battle.”

After Sasural, Shoaib had taken a break to work on himself for two and a half years. “I had stayed away from the media.”

In between he had returned to the tube with the supernatural Koi Laut Ke Aaya Hai which tanked. “Well it was always a limited series and it is not for me comment on what and if something went wrong; we just do our bit and go home.”

currently in Bigg Boss, and had been part of Jeet Gayi Toh Piya More and is presently part of Ishq Mein Marjawan.

Looking ahead he would want to do more films, but yes does not rule a return to TV. He is also game for web series. When asked about wife Dipika saying that she would not be comfortable with going bold, but would not mind him doing the same, he states, “I will cross the bridge when I came to it.”

Shifting gears to Bigg Boss, Shoaib who started with Rehna Hai Teri Palkon Ki Chhaon Mein says “I will want my wife to win. Even if some else does pip her to the post it would not

hurt too much, for she has already won lots of hearts with her honesty. This really stood out with other’s playing the game.”

The loving husband feels that most of the Bigg Boss inmates have given Dipika a tough time. “But she has held her grace under fire and I love her for that.”

So what New Year gift would you give her? “I will show her the rushes of Battalion 609 for she always wanted me to go a notch ahead in life.”

Anything will look sexy on me: Manasvi Vashisht of Ishq Mein Marjawan 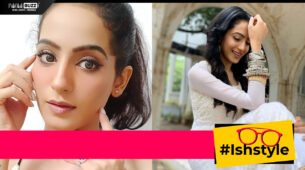 Mix patterns and texture, make sure to play with colours: Nikitaa Tiwari 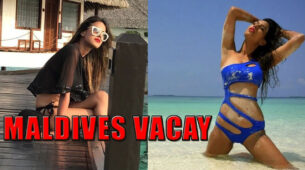