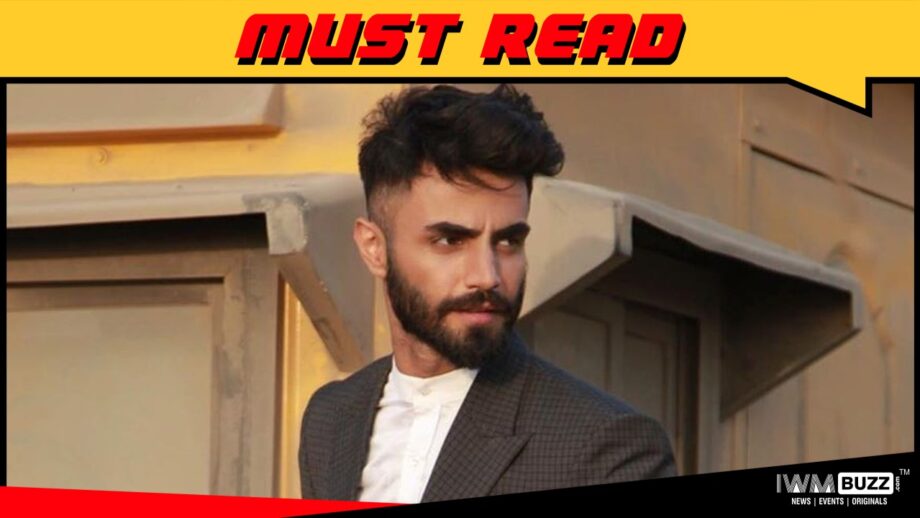 The actor started his journey with series Bade Achhe Lagte Hain. In the same year, he appeared in the teen drama Confessions of an Indian Teenager and Gumrah: End of Innocence in episodic roles.

Now, he is back on screen with Zee TV’s next primetime offering Qurbaan Hua. It is an intense drama about two passionate and young individuals on a mission of their own, driven by the love and pride of their family.

In conversation with IWMBuzz.com, Karan spoke about his new character, show and mental health…

Congratulations on the new show, it is your second stint with Zee TV, how was the experience and what attracted you to sign show Qurbaan Hua?

I am very glad that I am associating with Zee for the second time; it is one of the channels that allow creative freedom. Qurbaan Hua’s Neel is an intriguing character. There is no love but only revenge involved. I wanted to collaborate with Sonali ma’am. She is a brilliant writer. I got this opportunity, so I decided to grab.

Do you relate to your character Neel?

I am a dark person and an intense guy. My character Neel is also a fun-loving guy. He is liberal, who believes in right and he will take a stand. The character is more grey and not dark. He will have a side that will be colourful as well when the story progresses.

Have you done any special preparation for the character Neel?

No, but I overcame a lot of fears. I overcame the fear of getting into cold water, which was crazy. I hate cold water. We had to do it and thankfully it came out fine.

You call yourself untrained and raw, so how does this character tap into your potential?

I think one of the reasons is that I don’t know what I will do; hence I call myself untrained and raw. I just believe that if you are out there with a script in your hand, give it your heart. The rawness brings in a lot of surprise elements that a trained actor would know. Before every scene, I am nervous. That surprise element keeps me growing.

You said you don’t chase fame, so how do you detach from that?

It is the easiest thing ever; you just don’t let it get into your head. You go back home, cut off and chill with your family. You should always believe where you started. What people lack is the ability, which is why it is very important to know where you started your career. The success, fame, name are all temporary and it will go one day.

Any scene that has hit you hard and made you emotional?

In Qurbaan Hua we haven’t shot much, so I don’t remember any. However, in Aap Ke Aa Jane Se, there were a lot of scenes. There is one scene where I get to know that Vedika is pregnant with another man’s child and I lose my mind. I try not to use glycerin much in my scenes. If it is a film then a person can involve energy that you can, as you know that you are shooting for a particular schedule. But with TV, you don’t know as you can shoot for 600-700 days as well or more. I try to make the scene as impactful as I can.

How do you deal with a dull day and push yourself to go to work?

I believe in a lot of mental health. I am an actor, who has been through something, so I also believe that every day can’t be the best. There is unsaid magic that happens in a day. It could be anything, a dog coming to you. I was shooting in Rishikesh on Jhulla. I was sick because of the weather. I just sat for some time as we were about to shoot, I felt a good vibe at that moment.

I do get misconstrued but it is okay. I am who I am. I know that I need to be very honest without boosting. I know my calibre to an extent as a performer considering that I am untrained and raw and I have so much to tap into. Why have any shame being as real as you are? Why do I put filters on my myself, they are for Instagram. I am honest about my life. I recently spoke about being in depression. I believe people should be more vocal about mental health.

The problem today is that nobody wants to listen. Everybody wants to give some gyan. I shot with Kushal Punjabi for Guddan. We were doing a small collaboration with Guddan, Yeh Teri Galliyan and Aap Ke Aa Jane Se. What a jovial guy, it is least to expect. It is important to be there and listen to people. Few people don’t talk because they feel people will judge. However, some people won’t judge you and will listen to you, I am one of them.

Depression is not something that goes away, so are you in a better space right now?

To be very honest, it keeps coming back. I am more aware and I detach now. I don’t get involved very heavily. There is nothing bigger than life. It never goes away and comes back in some form or the other but you can channelize your mind. Actors nowadays are talking about mental health because something has happened. Deepika has been vocal but apart from her, we have to wait for somebody to die and then we talk about it. Kushal Punjabi passed away, we spoke about him for a week then nobody spoke. I am out there and telling people that mental health is a big thing.

As an actor, what goes in your mind while delivering an intense scene?

A lot of times, it happened that media came on set for bytes, I got angry on them because when I give my take, I don’t like anyone moving behind. I know it’s the media people’s job too. I am sorry if I have raised my voice once.

Good luck Karan for the show!

Fusion Outfits Of Parth Samthaan That You Can Copy

Throwback: When Niti Taylor Dances With Parth Samthaan On Screen

Want to dress like Niti Taylor at your special event? Check out here