Yeh Un Dinon Ki Baat Hai’s Randeep Rai is winning our hearts with his boy-next-door looks and amazing acting chops, and we are loving him on TV! The popular Indian television series is creating a buzz since 2017 and it has always been for the right reasons. While the plot of the serial is uniquely set in the 90s and creates nostalgia for its audience, the leading pair is also adored by their fans in every episode! Yeh Un Dinon Ki Baat Hai is sort of a romantic drama that narrates the ups and downs of Sameer and Naina’s love story.

In this 1990s setting of the serial, the adorable and charming Sameer’s role is being played by the television actor Randeep Rai. Now he is someone who always makes our hearts skip a beat. He is undoubtedly the perfect actor for the character of Sameer simply because he brings all the 90s flavours in the character and executes the role very well. 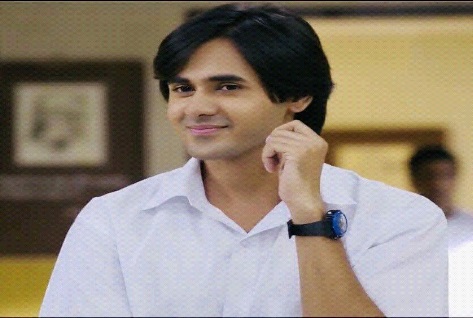 Randeep Rai is a very humble and gentle person in both, reel and real life and his female following can’t seem to get enough of this modern and quiet chocolate boy. His sense of style is absolutely perfect. In fact, if you want to look stylish and cool at the very same time then Randeep’s fashion sense may give you some tips and tricks.

With his basic shirts, messy hair and those dreamy shining eyes, he looks cool every time he appears on the screen and his fans always end up glued to the TV when the serial is on. He has ‘the-boy-next-door’ image and we love that indeed.

Actor Randeep Rai is doing a stellar job and is definitely winning our hearts with his charming looks, perfectly innocent chemistry with his co-star Ashi Singh and his acting chops. Wouldn’t you just love to see more of him on the TV? We know we definitely would.