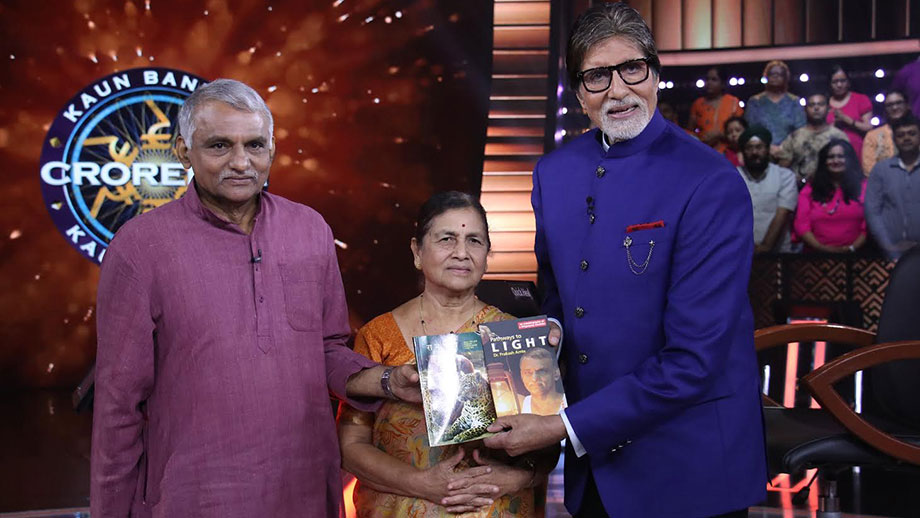 Prakash Baba Amte, who is a social worker from Maharashtra, is the youngest son of Magsaysay awardee Baba Amte. He and his wife, Dr. Mandakini Amte, were awarded the Magsaysay Award for ‘Community Leadership in 2008 for their philanthropic work in the form of the Lok Biradari Prakalp amongst the Madia Gonds in Gadchiroli district of Maharashtra and the neighboring states of Telangana and Madhya Pradesh.

He left his M.S. and moved to Hemalkasa to start the Lok Biradari Prakalp in 1973, a project for the development of tribal people, most of whom were the Madia Gond in the forests of Gadchiroli district in 1973. He lived and worked there without electricity, telephone etc. For almost twenty years and at times performed emergency surgical procedures without electricity.

The project transformed into three things: a hospital, Lok Biradari Prakalp Davakhana, a residential school Lok Biradari Prakalp Ashram Shala and an orphanage for injured wild animals the Amte’s Animal Park. It seeks to improve health and educational services for tribals in the area.

Hemalkasa lies in a tribal belt and the project provides health care to about 40000 individuals annually. The Lok Biradari Prakalp Ashram School has over 600 students, residents and day scholars.

Every Friday, the show will host, ‘KBC Karamveer’, individuals whose heroic actions and good deeds have brought about a positive change in the society thereby becoming an inspiration for many.

Prakash Amte talks about his journey and more…

How do you feel doing your bit for the tribal community? How do you go about rescuing animals?

In our childhood, we never knew how a Tribal Community lived and had a hazy vision about their lives until my father (Mr. Baba Amte) took us for a picnic to the jungle where we spotted them and realized how they live. It was my father’s vision which we took forward and since me and my wife Mrs. Mandakini Amte were doctors, we opened a hospital under a tree and helped them to lead a better life. Initially, the tribal’s did not have proper clothes to wear or food to eat and they often used to kill animals and fulfil their hunger. The day we saw Adivasi’s carrying a baby monkey clinging on to his dead mother, came to us as a shock. When we requested them to leave the monkey, they said that if they leave them, their kids will not have anything to eat which was a turning point in my life to start an orphanage.  We offered them to give us the animals in exchange of rice to ensure better food for them and their family. Therefore, we opened an orphanage to rescue animals. I love animals and they are a family to us. Also, I don’t like to keep them locked; hence this orphanage was a perfect place for them which are an extended family to the Amte’s.

When did you realize your vision towards the tribal community? What did you do to support them and who were your support systems?

As and when we saw the state in which the tribal community was living, we found a vision and decided to support them.  We opened a hospital for them where we decided to treat them. It was extremely challenging for us initially. Whenever they fell sick, they often used to go to a person in the gaon who used to do some tantra mantra to heal them and that is what they believed was the ultimate source. When we opened a hospital, it was tough to gain their trust but eventually, step-by-step, the trust grew. On the other hand, for the medicines to work, they needed consume food too. We came around this challenge as well. We taught them farming and agriculture and started a school for educating them for their rights.

Through KBC, a platform that promotes knowledge, the message I would like to share with the world is that there are many ways one can be exposed to reality. The world is huge and there are a lot of things yet to be unveiled. I always tell my children and the younger generation that before they step into the outside world and build their careers, they should visit such places and one never knows where inspiration comes from. They may end up building a career in one of these arenas.

How did you feel getting on the hot seat with Mr. Bachchan?

It was a very exciting feeling to get on the hot seat with the legendary Mr. Amitabh Bachchan. He has always been a personality that people look up to and I was looking forward to meet him.

What defines Kab Tak Rokoge in your life?

My father, Baba Amte has been an inspiring person and we have always followed what he’s taught us. It has always been our choice as to how we choose a path in our life and we just felt like we would like to do something good for the tribal community. Yes, we faced a lot of hurdles but we didn’t stop and that is how Kab Tak Rokoge is defined in my life.