I am happy that Svetlana has looked her ‘best’ and ‘worst’ in Zindagi Ki Mehek: Radha Bhatt
Subscribe Now
Television | Celebrities

Radha Bhatt who has made an emphatic return as Svetlana in Zee TV’s Zindagi Ki Mehek talks about her comeback. 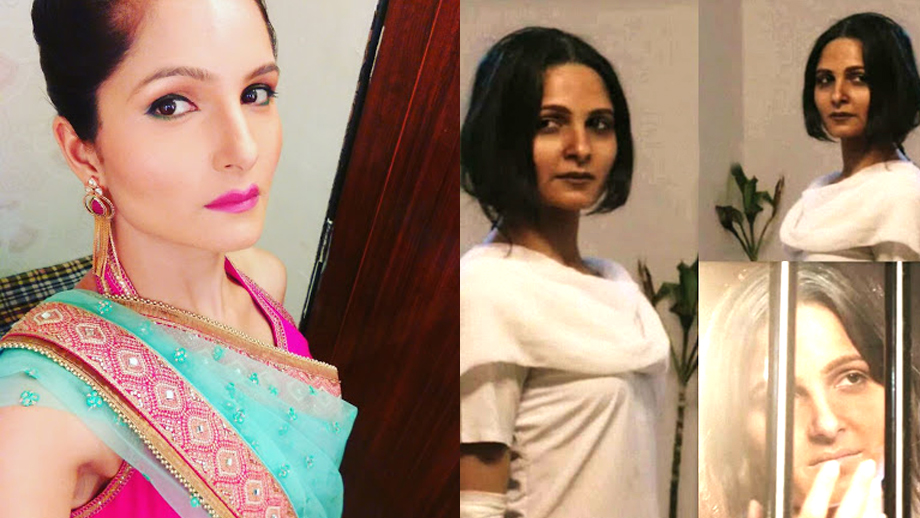 Actress Radha Bhatt looked stunning in her earlier stint as Svetlana in Zee TV’s Zindagi Ki Mehek (Parin Multimedia). Now in a rather rugged and devastated look, the girl spells more venom and evilness, with her actions speaking more!!

Yes, Svetlana’s return has given rise to new negativity in the show, wherein she is taking revenge in her crazy yet explosive way!!

Says Radha, “See, Svetlana was a vamp in the show who had not been given a definite end earlier. Plus, her presence has always been liked by audience. I was a little sceptical to do it or not, as the makers wanted me to look very different. So yes, I am here as Svetlana again. She’s all the more evil this time. Her look is very different and I feel is adding more to her actions. She’s de-glam, rugged in her look.”

In a time when actors feel the need to look good on screen to gain popularity, here is one actress who has shown her best and worst looks on a TV show. “Yes, that is exactly what a co-actor of mine on the set told me that I have looked by best and worst (smiles). I am 25 and am playing a character who is like 45-50 years old. It was a tad bit tough to work on my skin, my hair to give it that kind of a look. But I am happy that people are appreciating our efforts. Also, as actors, we need to look good on TV. Actually, Svetlana was one of the characters who had got the best of costumes in the earlier track. She looks stunning and was hot. When this idea came up to me, I actually took 2 days to convince myself. Finally I thought that as an actor, this was a very good opportunity for me to look different. People can see a complete transformation in terms of look and behaviour,” she adds.

Talking on the future track, Radha avers, “Svetlana will change the whole equation of the story. After spending 3-4 years in the jail, she has seen a different life altogether. Now she wants to carry out her plans herself. So this has brought about a higher degree of evilness.”

Radha feels very happy to get back to the Mehek unit again. “I have been a person who has been chilling with everyone on the set. So all were happy when I was back. I received a very warm welcome. I am very excited to play Svetlana again; the show has had multiple villains in the show, but Svetlana’s character has been written marvellously.

Ask her if Svetalana will be around even when the show takes a big leap in the near future and she states, “Yes, I will be around and people will see me in a very different avatar.”

Radha is also seen in the role of Heera in Sony TV’s Yeh Pyaar Nahi Toh Kya Hai and is having a great time in the character.

All the best, Radha!!