Hrishikesh Pandey who is seen in Sony TV’s Porus in conversation with IndianWikiMedia.com 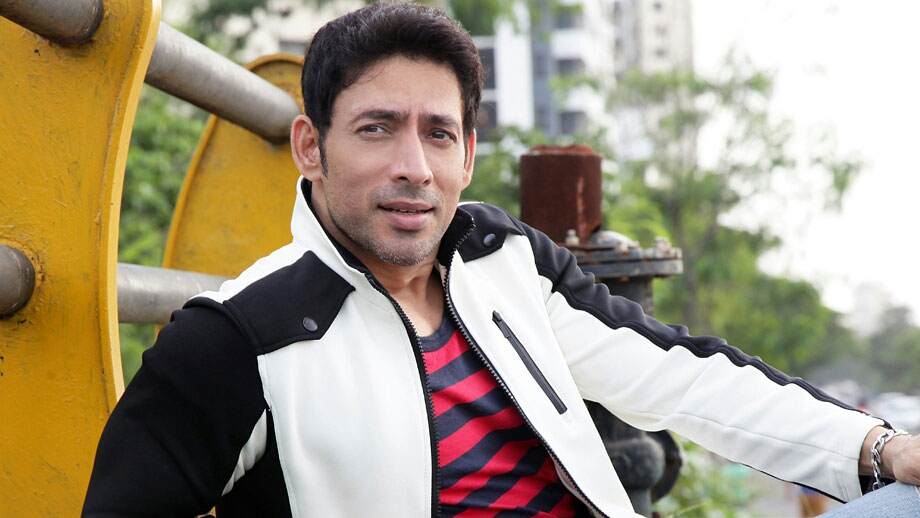 In the TV industry, versatility is the game of the name. And who else to espouse the staying power of versatility, than Hrishikesh Pandey, one of the most versatile actors around. Catch the snippets of wisdom he let loose, in a chat with IndianWikiMedia.com.

Hrishikesh is quite happy with Porus (Swastik Production), his first tryst with the historical genre. “My character, Senapati Ripudaman Singh, is getting good appreciation. It is quite a challenge to adorn those heavy jewelry- laden costumes, especially during intense, emotional and physical scenes. Also, since we shoot a lot outdoors, under the sun, my fair skin has tanned a lot. I have become an Indian-African.”

“Action is not new to me, as I have done CID, Special Hero and Sakshi, etc.; but yes, horse riding and sword fighting are a different ball game altogether,” he adds.

Hrishikesh, who has been around TV for over a decade, accepts that he has not yet got his due. “I guess, staying away from public appearances, the media, and award functions, has not worked in my favour. Today, you need to tom-tom about your work. The silver lining is that being under-exposed has netted my continuous good assignments. I have worked with biggies like Hema Malini and Mr. Ravi Chopra. It is no mean task to do several long running, hit, lead and parallel lead shows. Most guys who started out with me are nowhere to be seen. I can proudly say that hardly anyone on TV must have done my type of varied work (romantic, action, family drama and now mythological). I have always attempted to try different kinds of looks. And by God’s grace, my efforts have not gone to waste, with most production houses repeating me.”

He also laments the current state of desi TV, where leads are not more than 17-25 years of age. “Even Laksh Lalwani, of Porus, is just 21. Back in our time, a lead’s life span was longer. Today’s heroes and heroines quickly end up playing father/mother roles. No wonder, they get so frustrated.”

In closing, Hrishikesh adds, “Although I may not get leads anymore, there is still space for versatile artists like me and Ronit Roy etc. Powerful roles are still written for us. Is it not better to do your mojo for a short time, than becoming a lead who does nothing?”

With that, he signs off. We wish you luck, Hrishikesh!!