Senior versatile actress Sudha Chandran is enjoying her stint in Sony Entertainment Television’s popular show, Tara from Satara. It has not only impressed the audience with its unique storyline but also the new concept of Dramality seems to be going well with its viewers. The show has been among one of the highest TRP-puller for SET, and as much as the show, the characters are also being loved.

Sudha feels honoured to be a part of Tara from Satara. She adds, “This show is very different for me as it is something new where there is an amalgamation of Drama and Reality. Hats off to the producer and Sony TV for having brought up such a wonderful concept. It is a trend-changing show and it is an honour to be a part of the show. I am enjoying playing the character of Srilekha Iyengar. I am also getting to talk in Tamil, which is my mother tongue.”

Sharing her views on the young talent seen on the show, she says, “The young talent are a committed lot. They are much more focussed and they also know their priorities. I am so happy that people who wanted to become actors, actresses and technicians have finally found that beautiful opening. Be it TV or films, today, good genre works. Gone are those days when only selected people got the chance of becoming a hero or heroine.”

Commenting on the bonding and backstage fun with these kids and her co-actors on the sets, she shares, “Well, I have been a great fan of Tara since the promo has been on air, and also Upinder Sir, with whom I have worked earlier too. I am a great fan of him too. I like the young generation in Tara Fom Satara. Be it Rahul, I love the arrogance that he carries with him, it is amazing. I have not done too many scenes with them yet, but each actor who is playing the role of a contestant is amazing. I am in love with each of them. Their commitment and performances are the reasons why the show is accepted by the audience.” 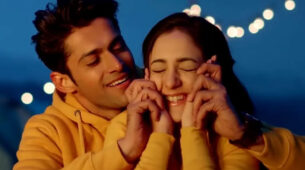