Roop Durgapal, currently seen in Dangal TV’s crime show CISF, is batting for her Balika Vadhu on-screen older brother, Sidharth Shukla, who is a contestant in Colors’ reality show, Bigg Boss. “We share a similar cordial equation in real life as well ever. since. We even had a WhatsApp convo before he entered the house.”

When asked about Balika co-star Sheetal Khandal’s allegations of sexual mistreatment, she says, “It would not be proper on my part to comment on something that does not involve me and neither do I know what really happened and why. This is a matter is between Shukla and Sheetal.”

Shifting gears to Shukla’s anger issues, she says, “Like I said above, he has been very good with me. We even went to Vietnam for Balika promotions with Aasiya Kazi and others. So I refuse to comment or judge him on what others say.”

“Agreed, he does seem a bit agitated on the show, but I guess that is the format. It is but obvious to lose your cool when you are without your phone and any support system.”

“As of now, based on whatever little I have seen, I say, Shukla, Paras Chhabra and Shefali Zariwala seem to be firm favourites. Devoleena Bhattacharjee was also a strong player, unfortunately, she had to quit due to health reasons. Hope she comes back into the game.”

“I think Shehnaaz Gill is faking it,” added Roop, who recently put out a cute bikini pix on social media.

When asked about Paras flirting with both Mahira Sharma and Sana despite having a girlfriend outside, she says, “No clue; maybe he feels that he needs to show some fun to stay in the race. I really don’t think that it is easy to fall In love, which takes time and efforts. And let’s face it, such elements, along with friction, are the show’s main selling points.”

Roop, who has done shows like Balika Vadhu, Swaragini and Tujhse Hai Raabta, further refused to comment on Rashami Desai and Shukla’s constant war of words.

When asked about her ever doing Bigg Boss, she says, “I had been approached a few seasons back. It is very tough, for neither can I cook nor clean. Also, I can’t fight or plot, so I will be ejected within a week. They even have to scrubs toilets, which is a no-go area for me.” 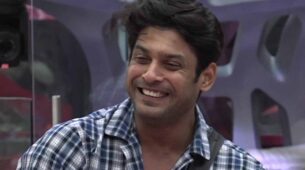 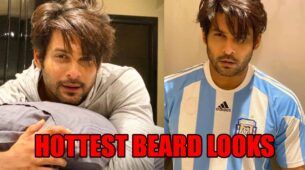