After being in the Television industry for 20 years, Shakti Anand and Juhi Parmar are ecstatic of teaming up for the very first time and are bonding on the set of Hamariwali Good News As a part of the content extravaganza that Zee TV plans to offer its viewers in the festive month of October, the channel presented a heart-warming story that captures the essence of the ever-evolving dynamics of the saas-bahu relationship in Indian society. A relationship, often portrayed as typically at loggerheads, political and manipulative especially on Indian television, will now make way for an equation that is based on trust, hope, a friendship that has the two going out on a limb for each other in Zee TV’s new show ‘Hamariwali Good News’. In fact, the show presents a most unique role reversal between the daughter-in-law Navya (Srishti Jain) and her mother-in-law Renuka (Juhi Parmar) to give their family the much awaited ‘Good News.’

Versatile actress Juhi Parmar plays the role of Renuka in the show, who is the mother-in-law and the lifeline of the Tiwari family. She is a strong-headed and God-fearing person who is also an active member of a ‘Kirtan Mandli’ consisting of the neighbourhood women. Shakti Anand, on the other hand, is seen essaying the pivotal character of Mukund, who is Renuka’s husband and Navya’s father-in-law. A grocery shop owner, known for being a miser, he follows the motto of, ‘Jaisa chal raha hai badiya hai, what is the need for change?’

Both these powerhouse performers are well established household names, however, even after 20 years in the entertainment industry, this is the first show they’re doing together. Yes, Juhi and Shakti have been a part of several top shows over two decades, but they’ve never shared a frame until now. And looks like they are quite ecstatic of teaming up with each other for the very first time. In fact, they are bonding quite well on the set too.

Talking about their first show together, Shakti Anand revealed, “Hamariwali Good News is my first show with Juhi and the experience has been great till now. She is a well-trained, seasoned and phenomenal actress and what should I say about her. She knows her lines, she knows exactly where to stand, how to take cues and how to improvise, so she is fantastic and knows her craft well. She has been in the industry for two decades now, so she knows when to do what and how to make a scene better. It’s been great shooting with her, and we’ve bonded quite well.” Juhi also added, “Shakti is a great actor and it has been great shooting with him for the show.” 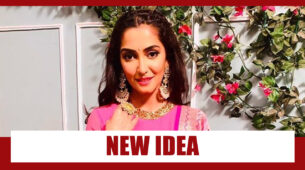