Deepika Singh Goyal is currently starring in Kawach 2 , but it is also her dancing skills that have caught our eye. 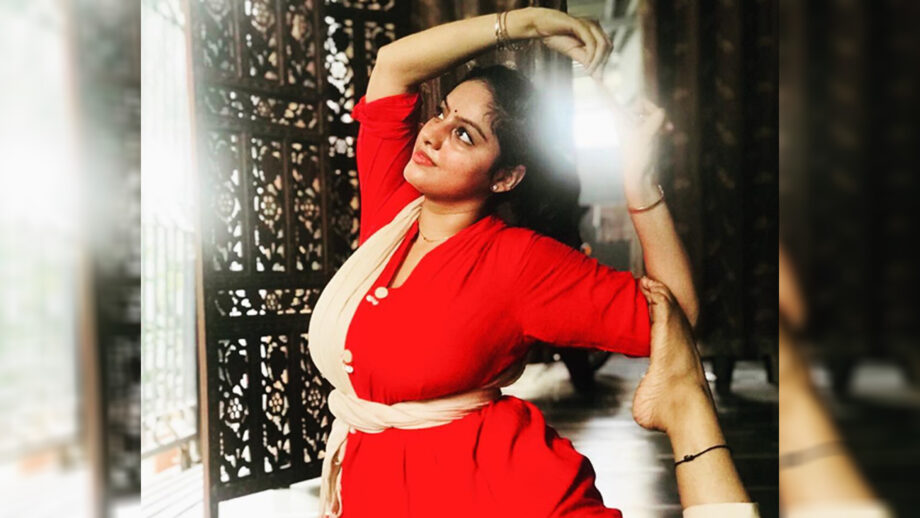 Deepika Singh Goyal was able to grab a lot of attention, love, and compliment from the Indian audience with her role in Diya Aur Baati Hum as Sandhya Bindni, a strong and independent daughter-in-law. Television lovers went crazy over this staunch character and we’re majorly inspired from television’s bold and opinionated bahu, which in that time was a rare sight anyway. The show aired on 29th August 2011 and ran till 10th September 2016, and all these years it continued to be one of the top rated shows on television, gathering viewership episode by episode.

Diya Aur Bati hum was aired for 5 years thus making it one of the longest running show on the Indian television.
Deepika married Rohit Raj Goyal, the director of Diya and Bati Hum and love has bloomed between the two ever since. We have heard from sourced that this Diya Aur Baati Hum actress is not just an amazing actor but also a standout dance performer, who can dazzle one and all with her accentuated moves and graceful dancing.

She had made her appearances in Indian Dance Reality shows like Nach Baliye also, and we have seen a glimpse of her dancing prowess. Her Instagram account can surely give you an idea of how great a dancer she is. Deepika is a trained Odissi dancer and loves to perform. She never misses an opportunity to show the world her dance skills on social media and that is what we love about this skillful actor.

We believe that she has inspired millions with her acting and dancing chops, and still stands as an inspiration to all her fans. Deepika shows us that it is a must to always follow true passion and that is what we must do!

I don’t believe in letting my body act: Kanika Maheshwari

All the times Mouni Roy rocked the saree look