Paridhi Sharma has no qualms in playing mother to a young lady, in upcoming Sony TV show, Patiala Babes. “I really can’t understand the drawbacks of playing such an important character of any family. This Rajita Sharma creation revolves around me and my on-screen daughter, played by Ashnoor Kaur. As it often happens, many women sacrifice their lives and happiness for the welfare of their kids; my character is no different. So my on-screen daughter encourages me to find my personal space in the sun. As it happens, there will be some issues which happen.”

“A good actor is one who is able to play all kinds of ages. Even in my biggest show till date, i.e. Jodha Akbar, I had to pass of as an 18 year old, which I was surely not then.”

Paridhi, who was on pregnancy break, says, “One of the main reasons for saying yes to this character was that apart from being mom, she is still the lead; and yes, the story also appealed to me.”

Asked as to whether her single mother character will find love again; and most importantly, will that find audience muster, she says, “I am unaware of the track, but yes, such things often happen in life. I also don’t know if the audience will accept it. It is high time that the entertainment industry content comes around to accepting that women have their own aspirations and feelings. The current #MeToo movement is nothing but an attempt by half the population to be given a hearing.”

Point out that Sony does not boast great ratings, she says, “Each channel has a different viewership profile, so we should not compare. Having said that, certain SET shows are really big, like KBC. We all are working hard with the hope that Patiala Babes will walk a similar path.”

Unlike other actors, Paridhi, who first started out with Tere Mere Sapne back in 2008, is not over ambitious. “I want to do good work and am glad at my slow and steady progress. Too much running around really drains you physically and emotionally, which is not my cup of tea.” Her last show, Yeh Kahan Aa Gaye Hum, was in 2016.

In closing, while Paridhi is open to doing diverse web characters, she will not go nude, “as each person has his/her own limitations.” 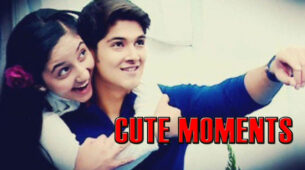