In conversation with the handsome actor… Eijaz Khan is quite satisfied with his new Sony show Yeh Moh Moh Ke Dhaage (Sony TV). “Agreed numbers are not good but this is a problem with Sony. As an artist it is my job to do what is required to the best of my ability. Having said that, although the show is not rating good , it is doing well compared to the overall channel numbers. We air at new 7 pm slot and if we rate around  0.2 TVR  when the best show on the channel rate just double, shows that we have done our bit in raising the overall channel  GRP which is on the rise a well. We are doing a decent job despite having a new female lead (Niyati Fatnani) and also the story is not your run off the mill (older man younger woman romance),” says  Eijaz, who has done several hit shows like Kkavyanjali, Kyaa Hoga Nimmo Kaa and Laut Aao Trisha etc.

Here, Eijaz admits that the production house (Ochre Moving Pictures) has made certain changes to the storyline making it more dramatic. “Some times as an artist I don’t like to do the over the top stuff but then I also realize that this is a business and we are competing with very high drama shows like Saath Nibhaana Saathiya.”

One of the most positive things that Eijaz takes home from the show is that he has time to bond with his artists and unit.

“Earlier when we would do two shows at time (before the 12 hr union shift norm) so would always be stressed out, my dad noticed that I was relaxed when he came on set this time around.”

“Also this time, I am spending a good amount of time with Niyati, who I take as my kid. This familiarity is rubbing on screen as well.  Since I live alone in Mumbai, her mom and bhabhi also send homemade grub for me.”

Looking ahead, Eijaz would want to dabble in the new age digital content as well. “I had certain plans which were canned due to demonetization inspired cash crunch. Eijaz further feels that digital in India will come into own when the price of internet access is lowered.  It gets quite tough to pay for the pipe (Internet access is most expensive) and subscriptions.  Once that happens everybody including our watchman will start downloading movies on the go and would not mind paying a flat fee of say Rs 15. Today, if he does that it will make a hole in his wallet.  Luckily, Reliance has started to reduce barriers.”

Fans are not satisfied with a film on Nazar; they want a new season: Niyati Fatnani My world: Bigg Boss couple Eijaz Khan and Pavitra Punia get romantic i... It's like homecoming: Rithvik Dhanjani on hosting Super Dancer - Chapt... 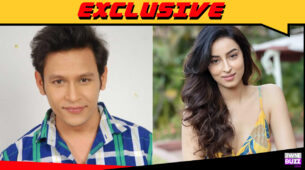 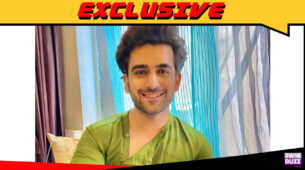 Happy to be back to the mytho genre with Vighnaharta Ganesh after Radh... 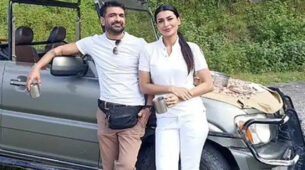