Siddharth Vasudev, who is seen as Mangal in Colors’ Karamphal Data Shani gets into a conversation. 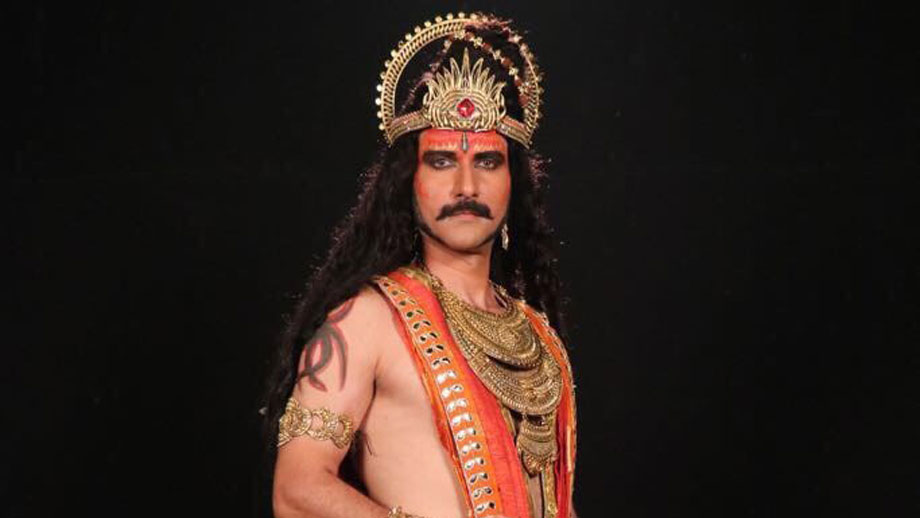 Siddharth Vasudev has always given power-packed performances in the roles that he has donned!! Presently, he is very much satisfied with his stint in Colors’ mythological show Karamphal Data Shani (Swastik Pictures). He essayed the role of Mangal in the series.

Says Siddharth, “I only came on board towards October last, but the journey has been real fun. I am usually not much kicked about doing dailies; I prefer historicals to other genres despite it being more physically challenging, as the roles have meat given the powerful personalities involved. But what I like about Karamphal Data Shani is that it is not your typical mytho, rather it has great visual and stronger storylines.”

Siddharth began his TV journey with Kasamh Se before finding his mojo with Jhansi Ki Rani and Shobha Somnath Ki. He also was part of Sausural Simar Ka.

When asked about his take on God Shani Dev he says, “Many people call him harbinger of ill luck, but in effect he epitomizes the karmic theory of as you sow, so shall you reap.”

Coming to his spiritual funda, this Kashmir born actor says, “Rather than believing too much in prayers and rituals, I prefer being good, compassionate and helpful to others. It is not that I don’t visit temple; I do it when I feel like.”

Looking ahead, after impressing us with strong negative characters, he now wants to turn the page and become a protagonist. “The only rub is that given the way TV dynamics work today, there are no clutter-breaking powerful characters; you can’t separate one from the others.”

“While I am thankful to TV for giving me regular work, I just wish that the audiences were more accepting of stuff beyond witches. It makes for a sad spectacle when different story-lined projects like 24, which gives actors opportunities to test their mettle come unstuck,” expresses Siddharth.

Is web a good option?  “Any platform which challenges the actor within me is good enough,” is what he feels.

Here Siddharth prophesizes that given the next five years, web will overtake TV which is time bound.

In closing, he feels having a better half (Reshmi Ghosh) from the same industry helps, for we understand where the other comes from.

Of late Reshmi has been in Kolkata exploring the Bangla film industry. “Yes since even I was busy with shoot for Shani, I told her to check out her options. And as she keeps travelling up and down, there are no major issues. Such situations wherein we live apart for short span of time, only makes the love stronger.”

Wish you all the luck, Siddharth!!