“As long as you’re doing well, the whole world is on your side. The moment the chips are down, the same friend circle and media disappears. You are left alone. It is this very loneliness that drives many people to suicide. So you can say that the same industry that lifts you can also pull you down,” says Gavie, who will next be seen in Torbaz along with Sanjay Dutt.

“I sincerely wish to kick this negative trait out as part of my #Kick social media campaign. Being always socially conscious, I felt bad that we seem to be easily smitten by western trends, which don’t really help; like the new Kiki challenge madness, which is rather dangerous. So, in my own way, I started this Kick campaign on Independence Day, and asked people which bad thing they would want to eject from society.”

“I got lots of responses; some wanted freedom from traffic and corruption. There was also a voice against nepotism in our industry. I am also making socially and nationally relevant short film, Chicken Biryani, which was loosely based on the recent issue, of a BSF jawan allegedly being served substandard food,” says Gavie, who had also won Fear Factor when it aired on AXN.

When asked point blank whether he was doing this for publicity, he says, “So what; as long as it helps society.”

Here, Gavie admitted, “One of the reasons why I might have not really succeeded could be lack of marketing skills. I wanted my work to speak for itself. After doing the lead in prime TV Colors show, Mohe Rang De, I have also worked with Salman Khan in Ek Tha Tiger and its sequel, Tiger Zinda Hai. I am also known in the Punjabi film circuit.”

“But it hurts to see people making a song and dance about doing just one small ad. Have we not seen huge posters of well-known actors who do bit roles in internationals films like Mission Impossible 4.” 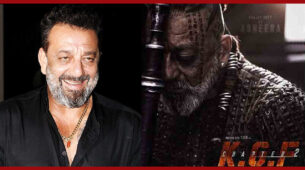