We are very confident of the product ‘Mahakaali’, so there’s no pressure on us– Pooja Sharma | IWMBuzz
Subscribe Now
Television | Celebrities 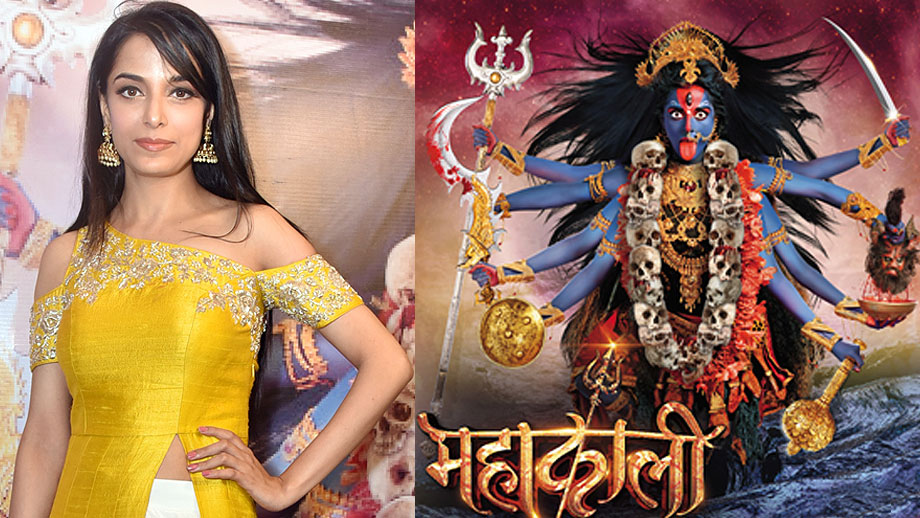 Pooja Sharma is one TV sensation that needs no introduction. The powerhouse of talent is more popularly known as Draupadi for her character portrayal in Mahabharat (Star Plus).

The lady is one of the most pleasing personalities we have ever met. She has not only made her way into our hearts, but has also left many realize that with correct guidance and skills, one can spread wings and fly high.

Pooja will be back with a bang on screen, credit to her upcoming show Mahakaali on Colors.

In a recent interview with IndianWikiMedia, the actress spoke at length about her new show, role, equation with co-stars and a lot more. Read excerpts from the conversation…

What made you accept the role?

Initially, I did not say yes for the show. My first reaction for it was a big NO. I told them that I can do the role. However, I was so overwhelmed with the character and owing to it having a lot shades, I thought I won’t be able to do it. Producer Siddharth Kumar Tewary sat with me for 2 hours and convinced me. He said that he can only visualize me in the role and wanted me to play the part. He gave me the script and I read it. There was a girl in the story, who was constantly in denial of being a strong woman and I realized that I was also constantly denying performing it. So I learnt that there is some congruency in the character; hence I thought that this girl has to be me and accepted the role.

Do you ever fear you will be stereotyped as you have already done a costume drama?

As an actor the shades that I am getting to perform in this character are in any which way two roles – Parvati and Mahakaali. Audience will also see more characters that will come as the storyline progresses. It will be like a multiple acting assignment. Also with this show, I am getting into action on TV. If I am getting to experience so many things, the genre doesn’t make any difference. I don’t think it is typecasting in the eyes of the audience. If I am getting to push my own limits, I am definitely not complaining.

There is good buzz around the show; so do you have any pressure?

If people are expecting something, that is a good thing; so why turn it into something bad by taking it as pressure. Let’s take it as a compliment. I am going to take this buzz very positively. We are very confident of the product, so there’s no pressure on us.

How has your experience been working with Saurabh Raaj Jain again on screen?

We gel really well with each other. We have realized that we don’t rehearse our scenes. Our chemistry just happens automatically. It is always a delight working with him.

Can you tell us more about your look in the show?

Mahakaali look in itself is very overwhelming. But to get into the look is a big challenge. As Kaali is the protagonist, we have been into more of the detailing. I used to take 4 hours to get ready as Kaali. Now, we have become more expertised, so it has been cut down to 2 and half hours. My wig weighs around 4 kg and the entire look is about 22kg. On the whole, it is a huge challenge.

Your character in the show will inspire audience; so how does it feel?

It will inspire a lot of women. It is pretty much like going back to your roots to understand women empowerment. As the show talks about the fact that every Parvati is a Mahakaali, it will inspire women that there is a Mahakaali within and they can fight their own battles.

You are a successful TV celebrity, but how do you tackle insecurities?

Insecurities don’t come to me. I was not working for 2 years, I wasn’t insecure about it. I had a lot of shows, reality shows coming my way but they did not relate with me and I didn’t take them up. When you believe in your own talent and work, there is no room for insecurity.

In what way have you grown as an actor?

I was a little lost when I first started. I think I am a natural actor as in I really don’t rehearse. Initially, I did not know about the technicality of acting. Now that I get into my second show, I am in the right place. That is the one change that I have seen in myself. And rest the audience can tell whether the acting has gone up or down.

Would you say you are in the best phase of your career?

I am in a fantastic phase of my life. I always feel that there is always something exciting coming up.