Baalveer Returns actor Akshay Bhagat had a freaky fall on the set as a result of which he has broken his left wrist. Baalveer Returns the Sony SAB show produced by Optimystix is seeing good numbers and the story narrative which follows the mission of Baalveer (Dev Joshi) in finding his heir on Earth has been an interesting watch.

Actor Akshay Bhagat who plays the role of Ratilal Chheda, father of Gopu, who is friend to Vivaan (Vansh Sayani), has had a fall on the set of Baalveer Returns as a result of which he has broken his left wrist bone.

Recently, while shooting for the Navratri sequence, all had to lean forward and prostrate when Akshay fell on his hand accidentally which created the fracture, due to the sudden impact of his body resting on his hand.

The actor continues to shoot for the show with a plaster on his left hand which gets covered up with the costumes.

We buzzed Akshay and he confirmed that he has hurt himself. However he did not want to get into details.

We wish Akshay a speedy recovery!! 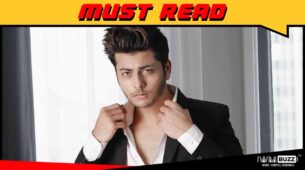