Fights galore to strain relationships during the luxury budget task in the Bigg Boss house. 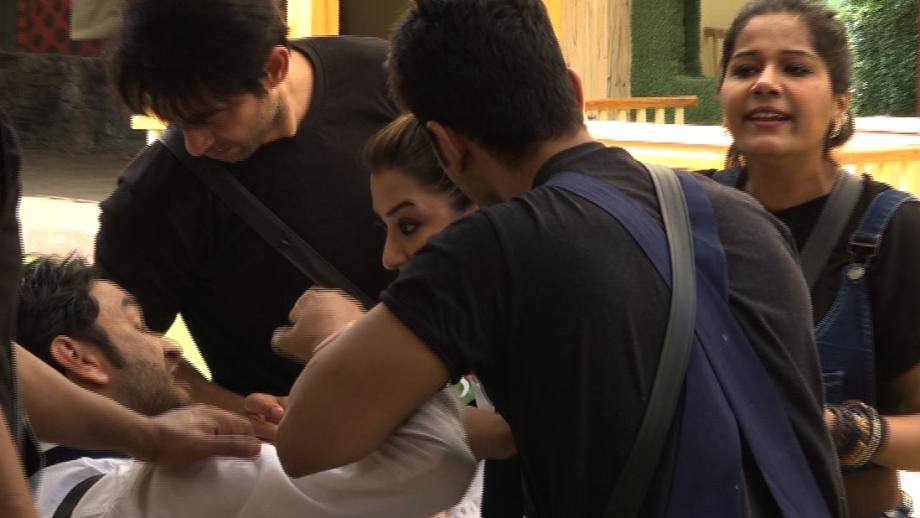 It’s all about the money Iss hafte for the luxury budget task; as the contestant with the maximum amount of money at the end is declared as the next Captain in Bigg Boss 11. The enthusiasm that the gharwale show in earning every penny is astonishing. Street smartness is the key to nail the task! The task is also going to test the strength of relationships that the contestants have built over the time. Today all housemates get a clear idea – who is with and who is against them!

Vikas Gupta, by all means possible wants to defeat Shilpa Shinde to lift the ban on his captaincy in Bigg Boss. As the 2ND day of the task progresses, Shilpa and Vikas get into an intense fight where Shilpa jumps over to Vikas’ side and the two soon get into an altercation that is eventually stopped by other contestants.

Contestants change sides according to their convenience or to help their loved ones, which leads to many misunderstandings amongst the housemates. In the heat of the moment, Mehjabi lashes at Shilpa, where she dances around Shilpa to tease her. Later Mehjabi along with Arshi get into a fight with Akash as well. Hina who had earlier formed an alliance with Shilpa is soon disappointed with her actions and her support for Akash to become the next captain.

Will Vikas be able to lift his ban on captaincy? Which contestant, with the maximum money, will be the next captain?