Bigg Boss 13 will see Sidharth Shukla’s misbehavior getting him a punishment. 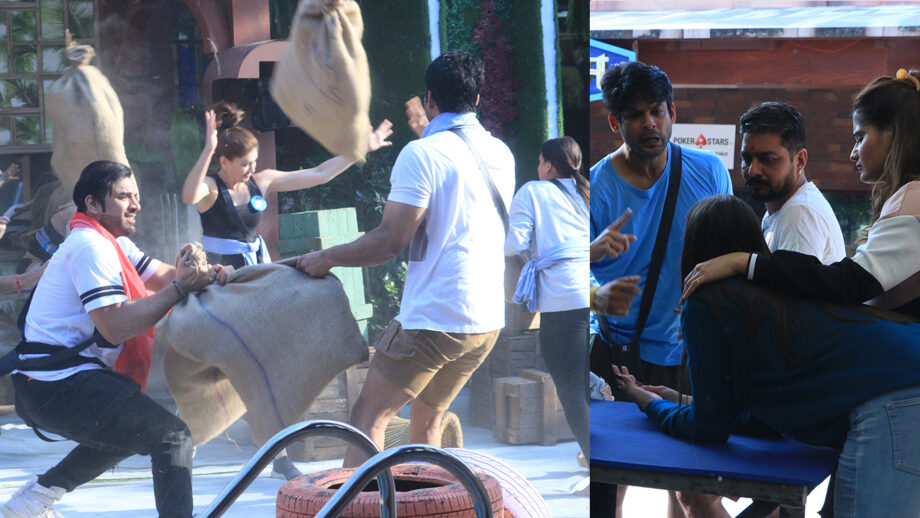 Waking up to the tune of ‘Main Nikla Gaddi Leke’, the housemates dance their hearts out embracing the new day.  Getting on their daily chores a confusion is created amongst the housemates on their duties. As Mahira disagrees to make breakfast, she speaks to Aarti in a very unpleasant manner which leads to a spat between them. Pointing figures at each other for not performing the regular duties has become a pattern inside the house. This time around,  Asim starts mocking others for not keeping the bathroom clean and criticizing him when he was the bathroom duty in charge Furthermore, Asim also gets into another argument with Arhaan over rotis but the fight gets uglier when Sidharth gets involved and takes the fight a notch higher when he and Arhaan come face to face. Arhaan says that Sidharth is always behind the ‘Bahus’ whereas he says that he is a ‘Saas’ equivalent.

Later in the day, Bigg Boss announces the first task called Bigg Boss transportation services. This the first captaincy task after the new contestants’ entry. The house is divided in two teams Asim’s team and Paras’ team. Asim’s team includes Sidharth, Aarti, Hindustani Bhau, Himanshi and Shefali. Paras’ team is Arhaan, Khesari, Tehseen, Mahira and Shehnaz. Asim and Paras are the sanchalaks of this task. When the task begins, both the teams have to collect stock from the godown in the garden area making sure that they pick up the maximum things. Both the teams have to stamp the stock picked by them with their teams stamp. When the second truck horn buzzer rings, both the teams have to  load their stock in the truck and only one person is allowed to do so.

The task leads to unfortunate turn of events when both the teams get competitive and try to get maximum stock for their team. This leads to a lot of chaos and confusion between both the teams and the contestants get aggressive. Sidharth who is known to be the strongest in his team picks a sack that Mahira has already set her hands on. Sidharth tries to pulls the sack towards him that leads to a fight between them. She blames Sidharth for playing an aggressive game and purposely getting violent on her. Bigg Boss then, reprimands Sidharth for losing his cool and punishes him.

Will Sidharth be ousted from the show?