The love theme of Haasil sung by Shaan will indeed give the TV viewing audience a new love theme. ‘Romance’ is gonna get bigger and better on the TV screens with the two handsome men Vatsal Seth and Zayed Khan coming to mesmerize audiences along with the elegant beauty Nikita Dutta in Alchemy Films’ upcoming romance thriller, Haasil on Sony TV.

The mounting of the promos no doubt seem like the mounting of a film, and now, the launch of the music video ‘Tu Kahe Toh’ has only added to the class, grandeour and exuberance of the show!!

The music video sung and composed by the popular singer Shaan has opened up to a rousing response on social media.

IndianWikiMedia.com talked to Producer Siddharth Malhotra on the filming of the music video and he said, “This song has been shot fully in Mauritius. We used to shoot it in between our shoot schedule in Mauritius. It’s a song which was actually composed for a film by Shaan. But its lyrics and theme fitted the concept of Haasil perfectly well. We loved it and decided to do a music video for Haasil. For the first time in Indian Television, you will see the heroine in the beginning of the song. So the basic idea was to mount the show like a film. The response to the promos has been awesome, and people have said that it’s like a film. Now launching a music video is very similar to coming up with a music single for a film. Shaan’s voice, the beautiful locales all around Mauritius and of course, the three endearing leads make it very special. As a song, it will really click and get on to everybody. So yes, this is the love theme between the three of them.”

Looking at a new anthem for ‘love’on the small screen? How do you like this new music video of Haasil?

Drop in your comments here… 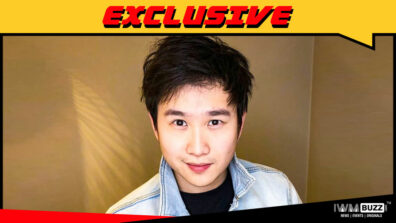