Catch a glimpse of Jay Soni’s Aunty No. 1 look from the Colors show. 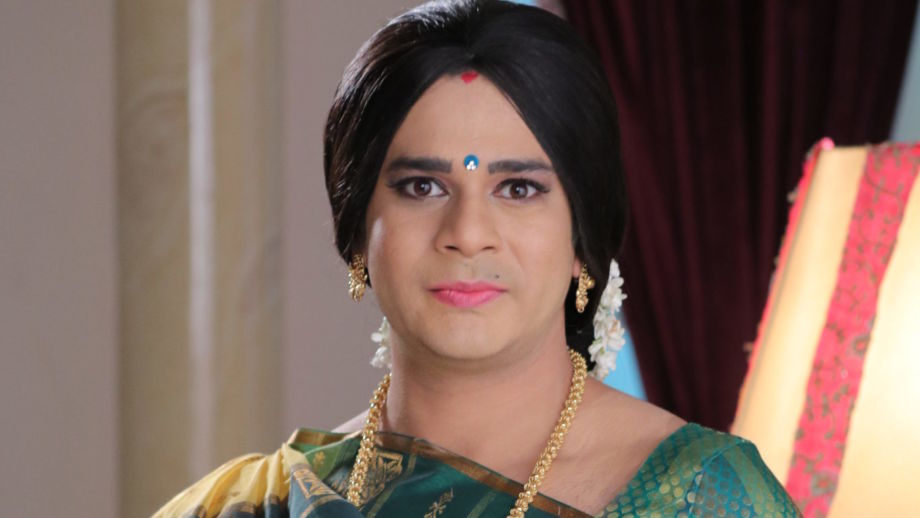 The comedy show on Colors, Bhaag Bakool Bhaag (Edit II) has been entertaining viewers with its interesting tracks.

The coming episodes will have Bakool (Jay Soni) shedding all inhibitions and getting draped in an Aunty No 1 look, in a saree.

The episodes will have Sheena (Hiba Nawab) keeping an ‘Iccha Poorthi Vrath’ and would insist Bakool’s mother to complete it. Bakool will try to dissuade her, but will have no other option left. Bakool will dress up as his mother Kokila and will come to Sheena. However, Jigna (Shruti Rawat) will see Bakool dressed up as a woman and will get scared. She will further tell her mother-in-law Kokila about it and the two of them will assume that Bakool is possessed.

This will be a hilarious sequence with Jay Soni being in the garb of a lady.