Check out what to expect from new Tenali Rama storyline... Sony SAB’s historical comedy-drama ‘Tenali Rama’ recently saw a season refresh- Naya Adhyaay, with the audience’s favourite character Pandit Ramakrishna (Krishna Bharadwaj) finally coming back. Rama, who was away from Vijayanagar for almost 20 years, had been searching for his beloved King Krishnadevaraya. Unsuccessful in those attempts, he is back in Vijayanagar to save the kingdom from the evil intentions of Pralayankar and Queen Sulakshana Devi.

While earlier, Bhaskar pretended to be Rama, everyone still missed the real Rama and his unparalleled intellect. Since Bhaskar was in Rama’s disguise, his mannerisms were evident in Rama’s character as well. However, Rama’s comeback has brought so much more exciting for the audiences as they will now be able to see the adorable father-son duo at the same time on their screens. Rama and Bhaskar’sjugalbandi has kept everyone enthralled as the two come together to solve unique cases that come in Vijayanagar, while also trying to protect the kingdom from the evil intentions of Queen Sulakshana Devi and Mahamatya Pralayankar.

King Balakumaran was considered to be an inefficient King in Vijayanagar. His inefficiency further came to light when, because of his lack of smartness, Vijayanagar was about to lose in the very important Khel Utsav. Hence, the people of Vijayanagar voted for him to be sent out of Vijayanagar. After his banishment, Vijayanagar is now ruled by his wife, Queen Sulakshana Devi.

Rama is back! This time for real

All this while, Bhaskar, Rama’s son, was disguised as Rama in order to handle things in Vijayanagar. This often resulted in him running from one place to another, changing his looks, just to be present at the right place at the right time. Juggling between his original self and Rama’s disguise, Bhaskar was unable to focus on his love interest Amrapali. However, Rama is now back to save Vijayanagar from every problem, using his unmatched wit and intelligence.

Chief Minister Kaikala, who often misled King Balakumaran, was given a life sentence as Bhaskar (disguised as Rama) exposed his evil plans in front of the entire Vijayanagar. However, Vijayanagar is still not void of the danger as Kaikala’s son Pralayankar advances with his evil motives of damaging Rama and Bhaskar’s reputation in his bid to rule the kingdom.

Everyone’s beloved Amma is back as well. While Rama was away, he had kept his Amma at a safe place and has now brought her back with him. The entire house comes back to life with Rama and Amma’s hit and misses, Bhaskar’s mischiefs and Sharda and Amma’s beautiful reunion.

Indeed, makes for an interesting watch. 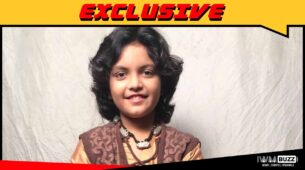