The super-talented actor, Zain Imam, has won the love of fans and accolades of critics for the portrayal of his role in Naamkarann. This cute-looking 6’ tall actor is crushed on by one and all. He has stolen all our hearts, time and again, with his impeccable performance on screen.

Zain Imam also has a great fashion sense, which can be seen in the way he appears and the attire he wears. The way he carries himself, along with his powerful looks, is just breathtaking.

Zain Imam has a super-hot physique and girls still go crazy for him over his hot body.

And on the other hand, there is this super cute and ultra-handsome actor, Parth Samthaan.

Handsome hunk Parth Samthaan, who is currently enthralling audiences as Anurag Basu in Kasautii Zindagii Kay on Star Plus, has a massive female following.

With his chocolate boy looks and dimpled smile, Parth is a true rock star and has captivated the hearts of the audience not only through his acting but also by being very active on social media.

The actor is a total package and has impressed everyone with his impeccable style, personality, and six-pack abs. And for all the females out there, you simply can’t deny the fact that when you come across a picture of Parth’s shirtless body, you just can’t scroll down without looking twice.

Tell us who you think looks best shirtless. THESE Pictures Prove Erica Fernandes Is A Perfect 'POUT QUEEN' 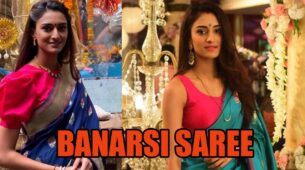