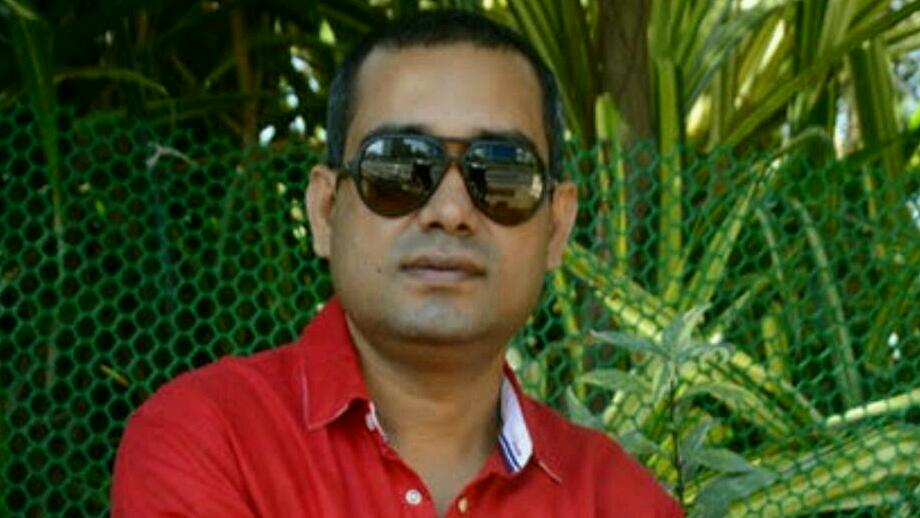 Producer Pradeep Kumar has had a refreshing journey from being the Production Head to staking his claim as a Producer in the TV industry. Today, Pradeep along with Director turned Producer Ravindra Gautam is doing really well as Producer. Under Paperback Films, Ravindra and Pradeep’s show Meri Durga is getting all the recognition possible.

In an exclusive interview with IndianWikiMedia.com, Pradeep Kumar talks about his journey in the industry, his transformation into Producer and future goals.

How was your start in the industry?

I started my career in the year 2000 at the time when Sahara One launched. I joined Aqua Pictures and was part of the show Kagaar. After a good two years run I joined Mehul Kumar Productions. I was part of two of their films, Kitne Door Kitne Paas and Jaago. In the year 2004, I joined Shakuntalam Telefilms as the Production Head with the show Reth. And I was with them for a good 10 years till 2014. Meanwhile, thoughts of doing something on my own developed. In the year 2012, I met Ravindra Gautam for the first time. We had already started talks for the formation of a new company, but all fell in place only after I quit my job in 2014. In the year 2015, we under Paperback Films submitted our first audio video pilot. And that is when the whole journey began.

Tell us about your experience with Shakuntalam Telefilms…

See to be very honest, I have had a very good experience with Shakuntalam. I dealt with literally everything there starting from managing actors and also handling the production calls. Under Shyamashis Bhattacharya, work was fun. I was quite sure of handling work well and I enjoyed my job. In my 10 years journey as Production Head, I learned a lot. The best part was that I learned to handle the temperament of all kinds of actors, and met different kinds of people. This journey with Shakuntalam has taken me ahead in a big way. However, I had within me the hunger to do the same work for myself. This thought materialized into discussion wherein I discussed my ideas with many people with the very idea of finding a partner for myself.

So how and when did Ravindra Gautam come into the picture?

With the thought, I met different kind of people. I met Ravindra for the first time when my wife Shaika (Parveen) introduced him to me. They both had been very good friends, having worked together in Karam Apnaa Apnaa. The moment I connected with him, I was keen on working with him. But things happen at the right time, and I am glad that our partnership worked. So yes, you can say that my wife Shaika brought me my new fortune by making me meet Ravindra (smiles). At that time, I was meeting many people for partnership like Sanchita Bose, Kamya Punjabi, Kamal Pandey, Vishal Watvani etc. Ravindra was also looking for a partner at work. So we were destined to join hands (smiles). Our ideas too matched; he needed someone to look after the execution, and I was looking for a person who can take charge of the creative aspect.

As Producer, how has life changed for you?

Well, there is not much of a change now. Yes, there is a huge change in job profile. But work wise, I am doing my job in the same way. To tell you more, we need to put in lot more effort as Producers now.  Now I am exploring the creative side of me, which is exciting and interesting. The story-teller in me has gotten alive after I became a Producer. This is a huge change that I have gotten after I became a Producer.

How has life been after Meri Durga’s launch and its journey?

We have put in a lot of efforts both in the pre-leap and post-leap phase of the story line. We are not the typical Producers. We have time and again worked out things for the betterment of the show, with the idea of giving it the needed creative push. The post leap phase has been very well-accepted. See, we are moving in pace with showing the journey of Durga. But the broad story has Durga’s life and with the introduction of Sanjay Prince in her life.  Meri Durga is certainly not a saas-bahu drama. But in the future Durga’s journey will surely get interconnected with the two families (one of hers and the other of the boy’s).

Tell us about the response gotten for Meri Durga post the leap?

The response has been very good. Srishti Jain and Paras Kalnawat have been liked by viewers and also people from the industry. Basically, the casting has been liked by all. We are very happy with the cast. Now it is time to move and take the story forward.

Do you think being a different concept Meri Durga could have got better ratings?

See, TRP always plays a big role in deciding whether a show is a success or failure. We as Producers have tried to make a good show. We are still doing that. We are bringing in more variety by introducing the boy’s family. Yes, TRP is a big game changer in the TV industry. We hope people connect well with the story to follow.

Telling you more, Meri Durga has always remained the journey of a girl who wanted to do something big in a different way. Yes, education is always important. But our show gives a message to those kids who are not good in education, but have something special in them in a different way. Durga has been a girl who has never been good in her studies, but she is good in her own journey. Take for example, Sachin Tendulkar, he was not that great in education, but he has made our country proud.

So how successful have you been in spreading this message across?

I am from the interior of Bihar. Education is very important for people there. But at the same time, there is lot of talent apart from education in the kids there. So through our show, we are encouraging people to not suppress the talent of kids. They need to be supported in whatever they are good at, even if it is not education.  If you have seen the Aamir Khan movie Taare Zameen Par, it also says the same thing. Yes, we have been quite successful in our attempt. People have liked the concept.

What can viewers look forward to now in the track ahead in Meri Durga?

There are lot of twists and turns coming. We have romance, lot of track and field drama, there is drama related to the two families, the growing equation with the coach etc.

How do you think TV has changed with time?

See earlier, there was a set pattern on TV and TRP used to come. But now, with lot of channels and shows available, viewers look for variety everyday. They want to see stories which are different from the saas bahu drama too. Earlier, there was not much of a hue and cry about TRP. But now, TRP is the telling factor for a show’s success. Earlier, the producers used to say the stories that they had in mind. But now, the story changes every week depending on the TRP. The plus point of working with Star Plus is that the broadcaster understands that a certain time needs to be given for the broad concept to be told.

What about the digital medium that’s growing?

In the times to come, digital medium will bring in a new revealation in Indian entertainment. It is a big industry and its huge growth will be seen in the next 10 years.

So do you see that with digital shows coming, TV is being threatened?

No. Whoever wants to go home and watch TV, he / she will only watch TV. According to me, mobile and watching programs on mobile is only limited to the travel time that we indulge in every day. But when we are home, we will certainly switch over to TV. Yes, it is a competition, but not a big threat!!

What is your take on the content available on digital space?

See, we have bold stuff as well as different kind of content available on the digital platform. But I feel it is balanced. See, I take a simple example – I like Game of Thrones a lot. But my wife Shaika does not like it. So taste of an individual matters!! Today’s youth will be excited about watching something new on the digital space. But when you go to the interiors, you will not get all the apps. So there is a lot of time for the digital space to spread its wings all over.

Taking it forward, how has your relationship with Ravindra Gautam grown?

Ravindra and I have a great level of understanding. We take notice of each others’ suggestions respectfully and incorporate them too. There are times when Ravindra gives his suggestions in the production part, and I suggest in the creative level. Ravindra and I as a team are very balanced.  As a team, we are doing really great. We wish to bring good content and we hope that our bonding becomes stronger and we have a long journey as Producers.