Ashi Singh loves listening to a song and is a huge fan of Arijit Singh. This beauty surely kills it with her amazing dress sense. Well, her Instagram is proof that she is the epitome of cuteness. She was ranked as the highest placed newcomer.

Ashi, who rose to fame as Naina from Sony TV’s popular show, Yeh Un Dinon Ki Baat Hai, is quite young in real life and has garnered a lot of appreciation and love from fans at such a tender age. She is extremely thankful to her fans for their immense love and support towards her.

She has the prettiest eyes and as mentioned earlier her ITA award function dress was a stunner. The actress has a very huge fan base already with her acting prowess, and she doesn’t seem to be stopping at anything!

She is already playing the role of everyone’s beloved Naina, a sweet and good-natured daughter-in-law who is the apple of everyone’s eye in her home and even at Maheshwari home. Her chemistry with Randeep Rai in Yeh Un Dinon Ki Baat Hai grabbed a lot of attention.

Apart from amazing acting chops, actresses also need to have a great fashion sense that helps them become a national rising star in no time. And in the case of Ashi Singh, she is nothing like her character in the serial, which is that of a traditionally dressed daughter-in-law. In real life, Ashi Singh is a gorgeous actress whose stylish ways and fashion statements have floored millions.

She is also an upcoming youth icon who has inspired her fans with her modern and contemporary style files.

Here we bring you some amazing 90s look of Ashi Singh from the show Yeh Un Dinon Ki Baat Hai. 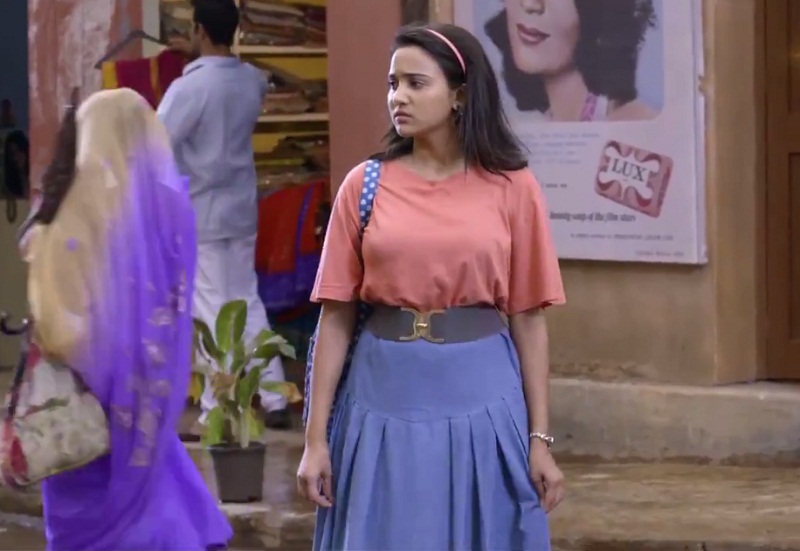