The outdoor schedule of Ishq Mein Marjawan was hit owing to an unforeseen situation. 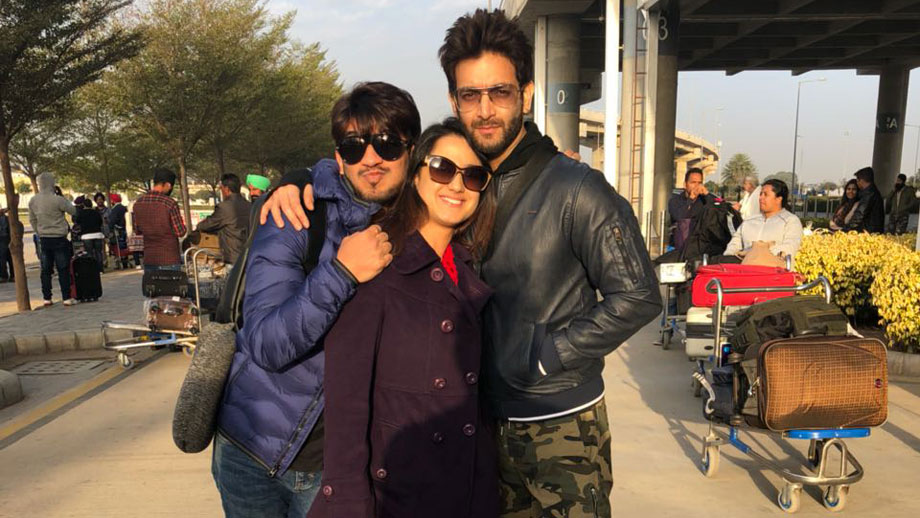 COLORS’ popular romantic thriller Ishq Mein Marjawan (Beyond Dreams) is all set to shoot an enthralling climax in the beautiful hill station of Kullu Manali.

The cast and crew, including leads Arjun Bijlani, Alisha Panwar and Vineet Raina were geared up to leave for Chandigarh but an unavoidable situation came as a bad news for the team. As per the original plan, the team was to fly to Kullu Manali via Chandigarh on 31st January. Unfortunately, all the flights to Kullu Manali from Chandigarh got cancelled, but that did not stop the team from going ahead with their hill station plans, as they have now hit the road.

Confirming the same, actor Arjun Bijlani who plays the role of Deep on the show, shared, “Yes, the flights from Chandigarh to Kullu Manali have been cancelled. We are going to take the road, which is going to be a 10-12 hour journey. By the time we reach, it will be late night, when the temperature will be -15 degrees there. It’s going to be tough and tiring as we start with our shoot schedule the very next day, early morning at 6 am.”

Currently, Aarohi has escaped from jail in order to avenge herself. Posing as Tara, Aarohi decides to go to Manali along with Deep because she wants to find out about her Bhabhi and nephew Nikku. She believes the link to finding them would be Tara’s brother Viraat who may know their whereabouts.

The team rescheduled their travel plans and left for the beautiful locale yesterday (1 February).

Are you all excited to watch the Kullu Manali track in the show?