Ashish Kaul takes to cooking on the sets of his shows when he is free from shoot. 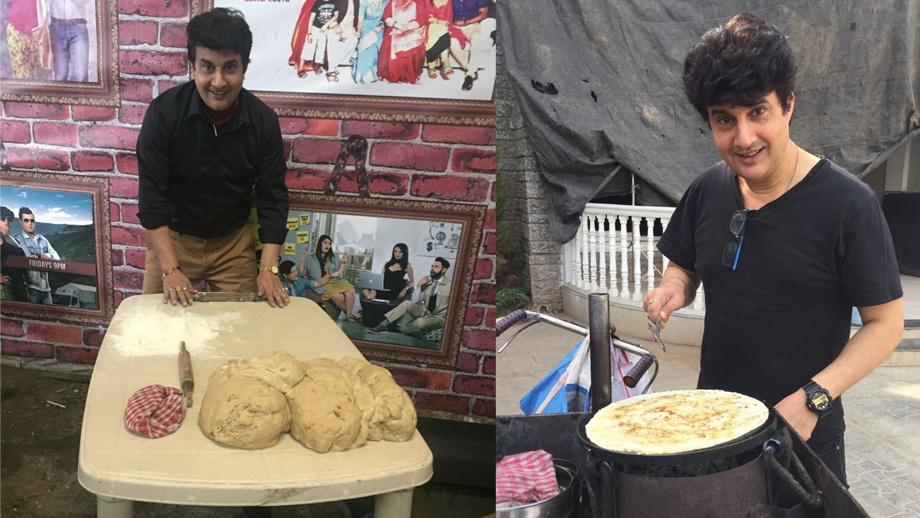 It is a talent to perform on the screen, learn all the dialogues, get into a character and become someone you are not, and not everyone has that talent. Some are born with it and others learn along the way.

Ashish Kaul has been acting on the small screen for 25 years now and is now also training students to learn this talent and make a career out of it. The bigger problem which the actors face according to him is to identify a hobby to while away time on the set. A big chunk of time goes waste waiting for shoot and makeup and location change during the shooting.

These days Ashish has picked up a new way to utilize his free time. He is cooking on the sets for everyone. From making dosas on the set of Colors show Ishq Mein Marjawan to making rotis on the sets of Rishta Likhenge Hum Naya on Sony TV, he is having fun all the way. The crew is having a gala time enjoying the dosas cooked by him on the sets.

As we know, he plays the role of the psychiatrist Dr. Bhandari in the Colors thriller while he dons the fatherly role of Raghu in the Sony project.

Ask Ashish about his passion for cooking, and he says, “Cooking has been a childhood hobby for me. I am a better cook than my wife and my kids also love my dishes more. I would have been a chef and would have opened an eatery joint had I not been a full time actor.”

Maybe that is what he would do after he retires… but then does an actor ever retire??

We wish him more fun along the way!