Baji-Kashi to team up for a mission in Peshwa Bajirao The maker (Sphereorigins) of Sony Entertainment Television’s Peshwa Bajirao never failed to impress audience with its interesting twists and turns.

In the coming episode, fans will see Kashi (Dipali Borkar) making a comeback to the series. Kashi was missing from the screen because the story was revolving around Baji (Rudra Soni).

Now, Baji will be seen visiting Kashi’s house to seek her help.

As per a reliable source, “Sahuji  will return to Satara. However, Balaji (Manish Wadhwa) and the entire Maratha Empire won’t have enough money to make him the king of the empire. Hence, Balaji along with Baji will visit Kashi’s house to seek help in form of money from her father Krishna (Shailesh Datar), who is a rich patriotic money lender.”

Furthermore, Krishna will initially refuse to help Balaji but later Kashi will reveal the truth of Baji being the warrior in the fight, wherein he disguised as Raje. Krishna will be shocked and will agree to give him the money.

Balaji and Baji will successfully manage to make Shahuji the ruler. In his reign, Shahuji will appoint Balaji as his Peshwa.

We hear after Balaji will be declared as the Peshwa, the families will decide to get Baji and Kashi married to each other.

Are you excited to watch the entire drama? Drop in your comments in the section below. 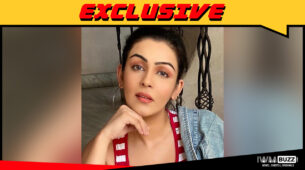