Bhide’s Worst Fear Comes True, Gets Arrested For A Crime He Did Not Commit | IWMBuzz
Subscribe Now
Television | Spoilers The upcoming episode of Neela Film Productions Private Limited’s Taarak Mehta Ka Ooltah Chashmah (TMKOC) will see Bhide being dragged by the Police as Madhavi protests her husband’s arrest. Bhide’s worst fear has come true. The contractors who had provided services during the Rangarang Karyakram file a complaint with the Police against Bhide for not paying them. Since he is the Secretary, they inform the Police that he is responsible and owes them money. The Police reach his house and handcuff him. Despite Madhavi and him protesting, they drag him out to take him to the Police Station. Jethaalal, who is standing in his balcony witnesses Bhide being taken away by the Police. Bhide points out to him and informs the Inspector that it should be Jethaalal who should be arrested instead of him because it is his son who is responsible for the dues owed to the contractors.

Ever since Rangarang Karyakram came to an end, Bhide has been concerned over Tapu sena having spent all that money on elaborate arrangements. And the expenses didn’t just stop there. Tapu sena went overboard and bought everyone in Gokuldhaam Society individual gifts! Through all this, he had been questioning Tapu, Sonu and the rest of Tapu sena. He also approached Jethaalal to make sure that the children know what they are doing. But everyone seemed to blindly trust Tapu sena’s judgement and dismissed his concerns.

A teacher and the Society’s Secretary – Atmaram Bhide who is an ideal citizen now faces humiliation in front of everyone. The Police are in no mood to entertain or hear his plea. Jethaalal quietly backs away from the balcony into the house and shuts the door behind him. What will Bhide do now?!

Of course, things are not as terrible as they look. Gokuldhaam Society’s residents have had a tradition of finding a way into some or the other mess but also, of finding a way out of it. So what if Jethaalal ditches Bhide, there will be someone else who will defend him and stop his arrest. But who will it be? And in the midst of the entire ruckus, there’s comedy which the viewers will enjoy thoroughly.

To find out what happens next, watch the Neela Film Productions Private Limited’s show Taarak Mehta Ka Ooltah Chashmah from Monday to Friday at 8:30pm only on SAB TV. 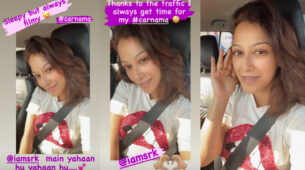 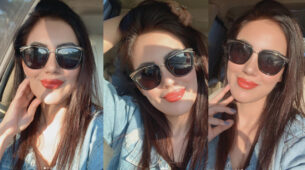