Sony TV’s latest offering, Patiala Babes, produced by Rajita Sharma, under the banner Katha Kottage, is gearing up for some drama filled plot.

We hear that the coming track will revolve around Lohri.

As viewers are aware that the story of the series is based in Patiala hence the Punjabi folk festival, Lohri, will be celebrated with a lot of pomp and splendour.

Shares a source, “Audience will witness major drama in Lohri festival. Mini (Ashnoor Kaur) and Babes (Paridhi Sharma) are shifted to a new colony wherein the ritual will be planned. Hence, Babes would want to light the Lohri bonfire. However, Khatri, a local goon would stop her from doing so as she doesn’t belong to the colony.”

Well, the man of the hour, Hanuman (Aniruddh Dave) will come to Babes and Mini’s rescue. He would warn the goon and there would be high end drama.

Finally, the problem will be solved and Babes would light the bonfire. The mother-daughter duo will perform and enjoy the festivity. 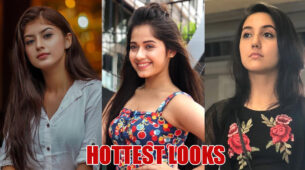