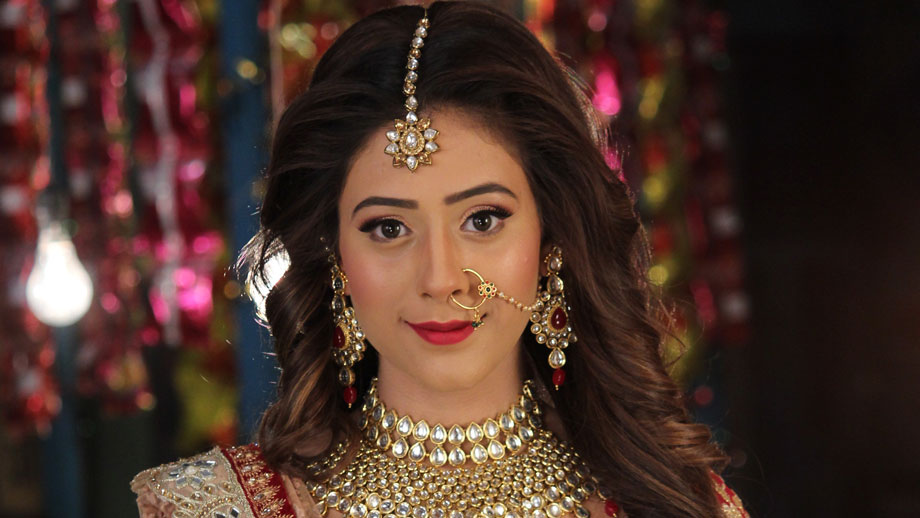 SAB TV’s popular show Jijaji Chhat Per Hain which chronicles the nok jhok between Elaichi (Hiba Nawab) & Pancham (Nikhil Khurana) has been keeping the viewers hooked to its ongoing episodes with gripping twists and turns. The show will witness high voltage drama in its upcoming episodes.

The news of Elaichi getting married to Chhote Nai (Yogesh Tripathi) will create chaos on the show.

In the upcoming episode, Murari (Anup Upadhyay) will make a shocking announcement of having fixed Elaichi ‘s wedding with the street barber and gossip Chhote Nai . Elaichi share this disastrous news with Pancham and he too is really taken aback with this decision. To add to his heart break, Elaichi the prank master that she is, decides to bully Pancham by faking romance with Chhote on the phone. On the other hand Sanju , Bijinder and Lalit gets furious about Elaichi getting married to Chhote Nai and decide to beat him up. While Elaichi’s is busy playing pranks with Pancham, Chhote is beaten up by the three.

The preparations to the wedding start with the Sangeet ceremony around the corner. Everyone happily performs in the Sangeet, celebrating the wedding of the two. However, Pancham gets even more upset about the whole scenario resulting to which he decides to leave the house.

Will Pancham really leave the house? Will Elaichi get married to anyone other than Jijaji?

Commenting on the track, Elaichi aka Hiba Nawab mentioned,” The news of Elaichi’s marriage to Chote is a test for Pancham’s feelings and viewers will get a sense of it. The upcoming track will have lots of dancing and singing due to the marriage sequence and it will be fun to see who finally I get married to.”