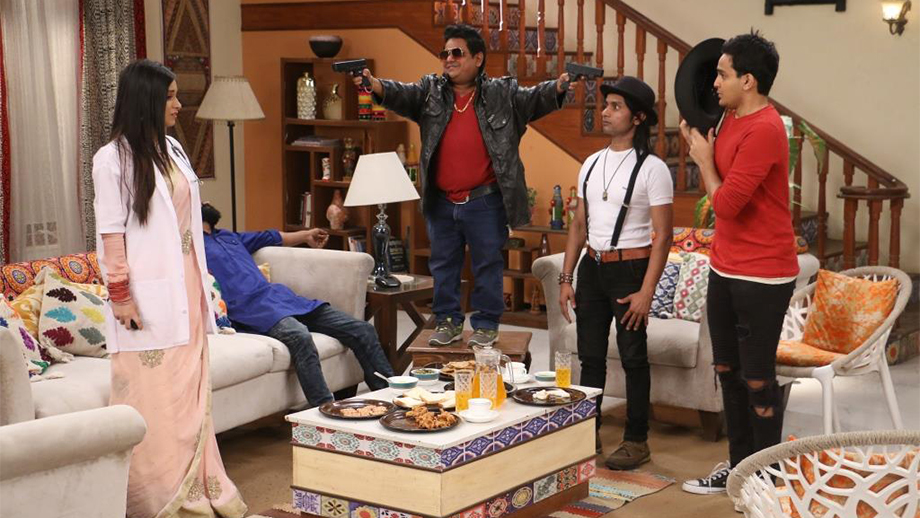 Showcasing the love and hate relationship between a father in-law and his son in-law, SAB TV’s Mangalam Dangalam doesn’t fail to give a tickle to its viewers. In the upcoming episodes, Sanjeev Saklecha (Manoj Joshi) tries to put the Kutty family into trouble but falls into the pit himself.

Arjun (Karanvir Sharma) is fighting a case against a certain Kabza king who has been capturing people’s house. Sanjeev Saklecha plans to take advantage of this and make Kabza King threaten the Kutty family of capturing their house. However, as misunderstandings arise, Kabza King reaches Saklecha house. Adhering to his principle of taking permission from the owner before capturing the house, Kabza King asks Rumi (Manisha Rawat) and she permits them, assuming them to be painters. The Kabza King has now settled in and made everyone serve him food.

How Arjun will save Saklecha family from Kabza King is for the viewers to find out.

Karanvir Sharma, playing the role of Arjun said, “Arjun is shocked to see that Kabza King, who he is fighting a case against, has already captured Saklecha house. Now, it is on him to get Kabza King out and save the house, in order to impress his father-in-law. It is going to be amusing for the audiences as everyone gets together to tackle the situation.”