Interesting twist in Star Bharat show Saam Daam Dand Bhed with Mandira and Vijay getting involved in a close moment. As seen so far, Bulbul (Aishwarya Khare) tells Vasu to move on after she reads Yug’s letter; at night, Bulbul and Vijay (Bhanu Uday) try to spend time together behind Mandira’s (Sonal Vengurlekar) back.

Now, Bulbul will steal the bracelet from Mandira in order to collect evidence. Meanwhile, Vijay will ask Bulbul to stall Mandira while he would go through her cupboard for the evidence. Later, Vijay will try to be romantic after he would accidentally message Mandira instead of Bulbul.

Furthermore, Bulbul will plan Vijay’s birthday so that they can get Mandira drunk and find the evidence. However, Mandira will decide to take Vijay out for dinner. She will get drunk and try to seduce Vijay, which will leave him shocked.

Are you excited to witness the drama? Drop your comments in the section below.

Unfortunately, we couldn’t connect to Sonal for a comment. 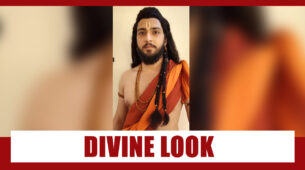