Sony SAB’s Tenali Rama has got Pandit Ramakrishnan (Krishna Bharadwaj) winning the hearts of viewers with his wit and intelligence. The upcoming track leads to Rama getting arrested after leaving Vijayanagar, as he competes with Birbal (Bhavesh Balchandani) for the post of Ashtadiggaj.

With Rama and Birbal coming neck to neck in the competition for the post of Ashtadiggaj, the King declares ‘Gold Robbery case’ to be the tie breaker task. Demonstrating his extraordinary intelligence, Rama figures out the real thief in order to save Krishnadevaray (Manav Gohil) of the accusation, but eventually paves the path for Birbal to be the winner. Tathacharya becomes extremely happy with the news of Birbal becoming ‘Ashtadiggaj’, as Rama consequently decides to leave Vijayanagar and go back to Tenali Village. As a result of his decision, King forbids Rama’s entry into Vijayanagar. However, on coming to light with the truth of Rama deliberately stepping back for him to win, Birbal reveals this to the king. Since the King feels disrespected, he orders for Rama to be arrested and brought into the court, for disobeying the rules of the competition.

What new twist is in line for Rama?

Krishna Bharadwaj, playing the role of Rama said, “Rama always wants the betterment of his kingdom and hence, impressed by his intelligence and wit, wants Birbal to be the Ashtadiggaj. It feels amazing to play the role of Rama, with different twists and turns every now and then. The entire cast is a lot of fun to shoot with and I’m sure our viewers are going to have fun watching the upcoming track as well.”

Watch out to know more… Shaadi Mubarak Spoiler Alert: KT to get a reality check from Chanda 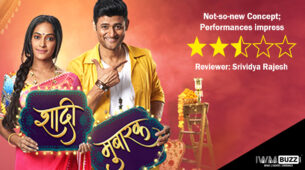 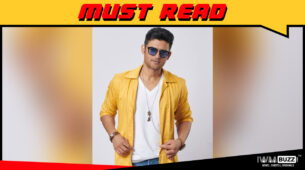 Shaadi Mubarak is all about women stepping out and making a mark: Manav Gohil