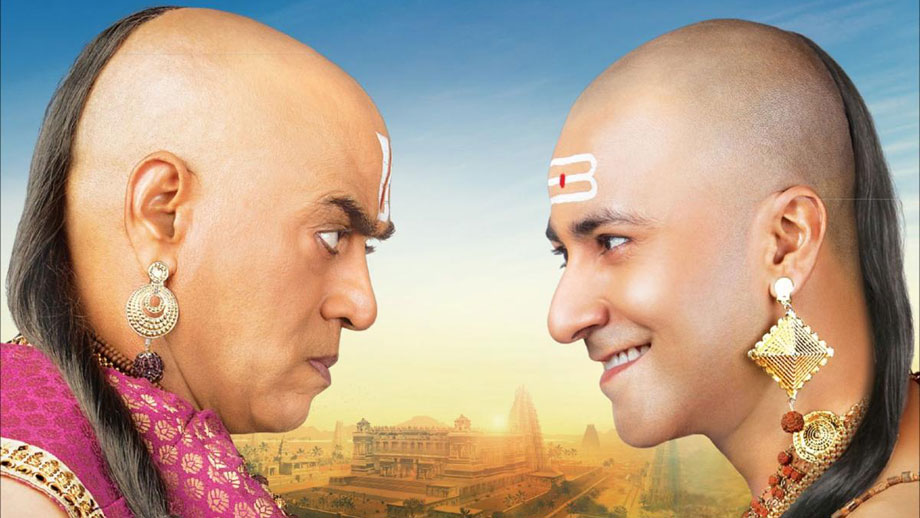 SAB TV’s Tenali Rama (Contiloe) is captivating the viewers wherein Rama is seen solving problems using his wittiness in a matter of seconds.

In the upcoming track Rama (Krishna Bharadwaj) uses his ingenuity to find out the thug who duped Chakrapaani, an old teacher of Krishnadevaraya.

Krishnadevaraya (Manav Gohil) refused to help Chakrapaani under the influence of Tathacharya. The King later feels bad and asks Rama to find out the thug. Rama using his wit finds out the thug and puts him in jail. Since it was Tathacharya (Pankaj Berry) who stopped Krishnadevaraya from helping Chakrapaani, Rama devises a plan to teach Tathacharya a lesson. Rama disguises as a fat guy and an old friend of Tathacharya. He meets Tathacharya in the market and gives him a bag of 1000 gold coins in front of everyone. However, when Tathacharya checks it the next day he finds out the bag full of stones. When the disguised Rama returns to take his money, Tathacharya refuses any foul play from his end and Rama goes to the court for justice.

Will Rama be successful in teaching a lesson to Tathacharya? Will he realise his mistake?

When contacted Krishna Bharadwaj, he shares, “It was really fun shooting this sequence where Rama disguises as a fat guy just to teach Tathacharya a lesson. It will be exciting to watch how effective will be Rama’s plan and whether Tathacharya will realize his mistake.”