Find out what’s in store in Bepannaah We earlier reported about Zoya and the Siddiqui family will be leading a very happy and satisfied life. But Hooda family will have a gloomy ambience. Zoya and Arun (Shehzad Sheikh) will hatch a plan to get to know the whereabouts of Aditya (Harshad Chopda). Hence, they will plan to spread the false rumour of Hooda family going missing.

Now, we hear, in the coming episode, on one side Aditya will light up candle in church and on the other hand Zoya would light up in front of a cross on the road. Both will start conversing to the candle. Later, Zoya will tell Noor if that she wants to touch this trophy she will have to grab it first. Soon, Zoya will enter the bathroom and someone will cover Noor’s mouth and take her away.

Meanwhile, Aditya will pack his bag and get ready. Later, Zoya and Aditya will be listening to the same song and get flashes of their happy moments.

Soon, Arjun will inform Zoya that it’s his parents 35th anniversary but they won’t celebrate till the time Aditya returns home. Arjun will emotionally blackmail Hooda and Anjana and would ask them to leave for Lonavala for peace of mind. Meanwhile, Zoya and Arjun will decide to spread fake news about Hooda family being missing. Hooda will get angry after he would get to know this news and cops will arrest  Zoya and get her to Hooda’s house. Anjana will be angry when she will get to know it was Arjun, who was along with Zoya in her plan. Soon, someone will come and hold her hand. It will be Aditya.

Wow! The family will be happy seeing him back in the house. 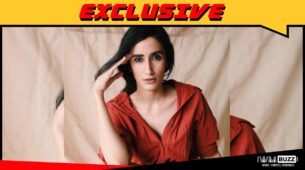