Porus, one of the biggest shows ever on Indian television, also seems to be the most anticipated one since its commencement. While the audience for the first time ever get to witness the epic battle between the greatest conqueror of the world Alexander and the greatest defender of india, Porus, the team of the show is paying attention to detail to make it a visual treat like never before. Interestingly, all the artists in the show had to go through an underwater training program before facing the camera.

The team was in Khao Sok, Thailand, which is the same location where Pirates of the Caribbean was also shot, however before shooting for the action sequences in the international water, they had to train themselves.

It was a mandate and all actors had reached Thailand a week before to get the underwater training. In fact, even before going to Thailand, many actors had started training in Mumbai.

Laksh Lalwani (Porus), Rati Pandey (Anusuya), Praneet Bhatt (Darius), Rohit Purohit (Alexander), Aman Dhariwal (Shivdutt), Aditya Redij (Bamani) and others were informed about the mandatory training process and they all followed the same. The training has helped all the artists to perform the action sequences in the water to the T. 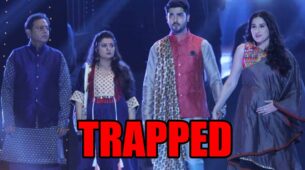