Ek Bhram Sarvagun Sampanna 16 July 2019 Written Update of today’s episode we Pooja being nervous about her presentation but feels dizzy all of a sudden. Today’s Ek Bhram Sarvagun Sampanna 16 July episode begins with Suman enquiring Kabir why he was invited at Pooja’s (Shrenu Parikh) House. He lied saying he had meeting with the employees. Suman warned him to not fight with Pooja but he promised her that he would take care of everything. Pooja learned that Chopra wanted to reduce worker’s salaries. She demanded to increase the salary instead. Chopra was plotting to take advantage of Pooja.

Pooja informed Amma that the deal was important to her as she wanted to invest in orphanages for small girls. Chopra suggested his son to give the presentation instead of Pooja but she dismissed him. Kabir approached Pooja and asked for some time to return her money. Pooja mockingly gave him thirty seconds and told him to go before she came out of the restroom.

Pooja got anxious during the presentation and felt dizzy. She was about to fall on a needle. Chopra confirmed the plan with his son and recalled mixing something in Pooja’s soup. Kabir noticed Pooja’s worsening condition. The written update of 16 July 2019 Ek Bhram Sarvagun Sampanna episode full story ends here.

In the upcoming episode of Ek Bhram Sarvagun Sampanna, watch Kabir gave the presentation and impressed the clients. Stay tuned! 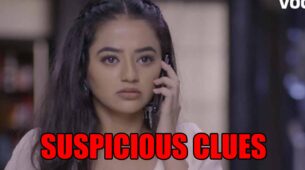