In Yeh Rishtey Hain Pyaar Ke Written Update 20th March 2020 episode, Nanu advises Abir and Kunal to get romantic with their wives. The couples dance at an engagement party. Meenakshi finds the location of Kunal and Abir. 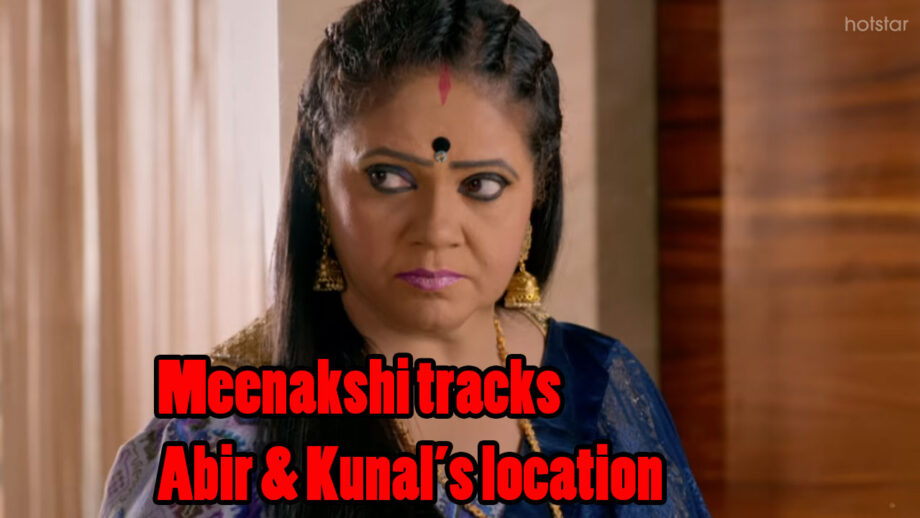 The episode begins with Abir telling Nanu about their failed kidnapping plan. Nanu advises them to get romantic with their respective wives. Abir thanks him and they think how to make the situation right. Abir shows Kunal an engagement board. Meanwhile, Kuhu and Mishti are told that there is only one room available and the second will be available after a few hours. Nanu tells Parul that Kunal and Abir went to a resort with their wives and asks her to promise she won’t tell Meenakshi.

Meenakshi hears this so when Nanu leaves, she asks Parul what happened. Parul says nothing. Meenakshi asks her if she has started hiding stuff from her too. Parul says that she is thinking about Kunal who has gone out without telling her but she will make explain to him once he is back. She walks away. Meenakshi drops a plate and asks Parul to clean it. Parul agrees. Meenakshi says that they should not interfere in each other’s work and says that she will make Kunal understand and leaves.

At the resort, a bride named Charmi is upset about her engagement outfit and Kuhu and Mishti help her. Abir and Kunal get happy as Charmi helped them on her engagement day. Meanwhile, Nidhi scolds Kaushal for telling Meenakshi that may be Kunal was right and adds that Kunal and Parul are not a part of the family. She leaves after Nanu comes and Nanu asks Kaushal to message Abir to keep Kunal’s phone away from him as Meenakshi is trying to contact him. But Kaushal messages it by mistake to Meenakshi. They try to get hold of her phone and behave weirdly. However, Ketki deletes it and informs Nanu and Kaushal and also messages Abir but it doesn’t get delivered.

Charmi thanks Mishti and Kuhu and the couples dance at the engagement party. Kunal asks receptionist for the keys, but the guests who were supposed to check out didn’t leave. Mishti tells Kunal that they can have their room and Abir and she will spend the night by the poolside. Mishti and Abir argue about Charmi and Abir tells Mishti that she looks cute when jealous. Meenakshi worries about Kunal and tracks his and Abir’s phone and finds out they are at a resort. She thinks Kunal also left her like Abir.